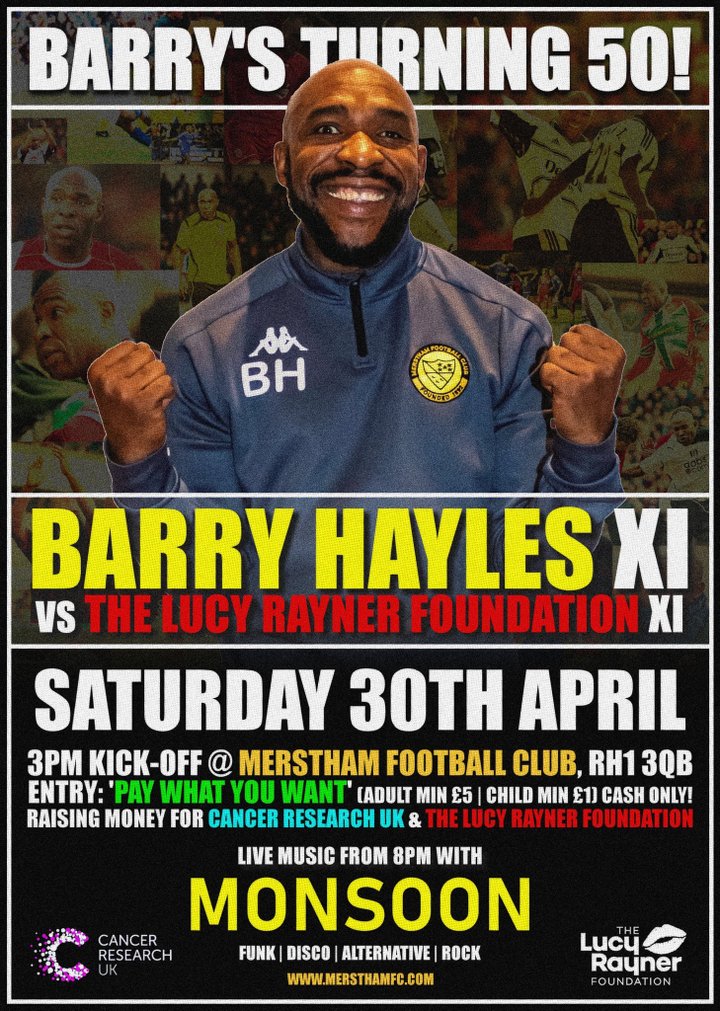 Saturday April 30th will see Barry Hayles grace the turf at Moatside once more as he celebrates his half century a few days early- he actually reaches the milestone on May 17th- by hosting a charity football match.

The Barry Hayles XI will take on a Lucy Rayner Foundation XI, with a 3PM kick off- and all money raised will be split between the foundation and Cancer Research UK.

We don't have details of who is playing for the two sides, but given Barry's illustrious professional career we suspect there will be a fair smattering of former top stars in attendance.

Admission is pay what you want, with a minimum of a fiver for adults and a pound for children- although feel free to want to pay more! Cash only.

 Free Easter football from the Terrors Parents of Tooting, Mitcham, and the surrounding area, you're saved from school holiday misery!