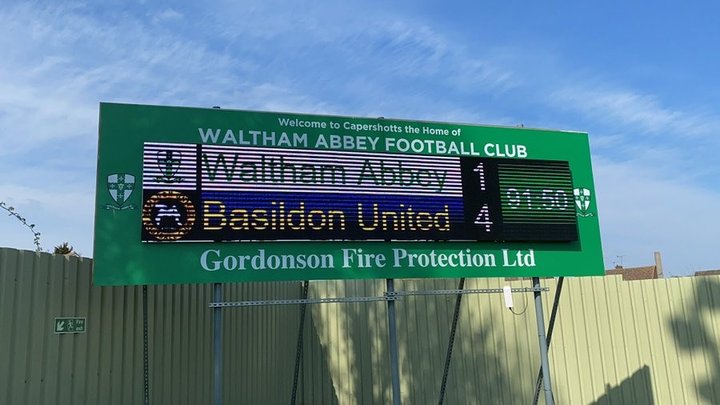 We've had some friendlies and some cup ties during the last seven days. Here's what happened.

No round up at the moment can be an exact science. All matches are behind closed doors, and generally not advertised on any fixture list, so we have to scour social media to see what happened. Well, here's the result of this week's search, and if we missed anything, apologies!

Cheshunt yesterday took on Arlesey Town and came away with a three goal victory. We've no idea of the goalscorers, but you can see some images from the match here. That was the Ambers second match of the week- in midweek they took on Southend United's Under 23's, losing two-one. Images from that one are here.

Margate took on Margate at Hartsdown Park, as a team made up of first team players and trialists took on the blues Under 23 side. The match ended six-one, with new striker Ben Greenhalgh getting one and a collection of trialists getting the rest.

Merstham have entered their Under 23's in the Combined Counties League's Esoteric D1 Challenge Cup, and defeated Kensington & Ealing by a single goal in midweek to reach the Semi-Finals.

Dereham Town had a competitive match, travelling to face Sprowston in the Norfolk Senior Cup Third Round. The Magpies had a comfortable time, winning five-nil with goals from Dion Frary, Toby Hilliard, Adam Hipperson (2) and Jerry Dasaolu. Read more here.

Waltham Abbey took on Basildon United, and the Bees emerged victorious, by four goals to one. Samuel Jeremiah got a hat trick for the visitors, Joshua Rusoke the other. Jack Daveney got the consolation for the Abbotts- nice scoreboard, by the way!

Hertford Town defeated Harpenden Town by three goals to nil, whilst Marlow travelled to Reading City and won by two goals to nil.

Louis Dillon and Johnny Ashman were on target as Barking defeated West Essex by two goals to one in the Len Cordell Memorial Cup. You can see pictures from the match by heading here.

Three Bridges travelled to Littlehampton Town and lost by six goals to five! Tolfrey (2), Lawson and Bacon (2) scored for Bridges.

Chichester City's Under 23's- although with some familiar first team names- defeated Worthing United's Under 23's by nine goals to nil. Callum Overton got three, Ethan Pritchard got three, Flori Vucaj got two and Dan Wood got one.

We think that's it! If we've missed any, please let us know.