A big day for the Lilywhites 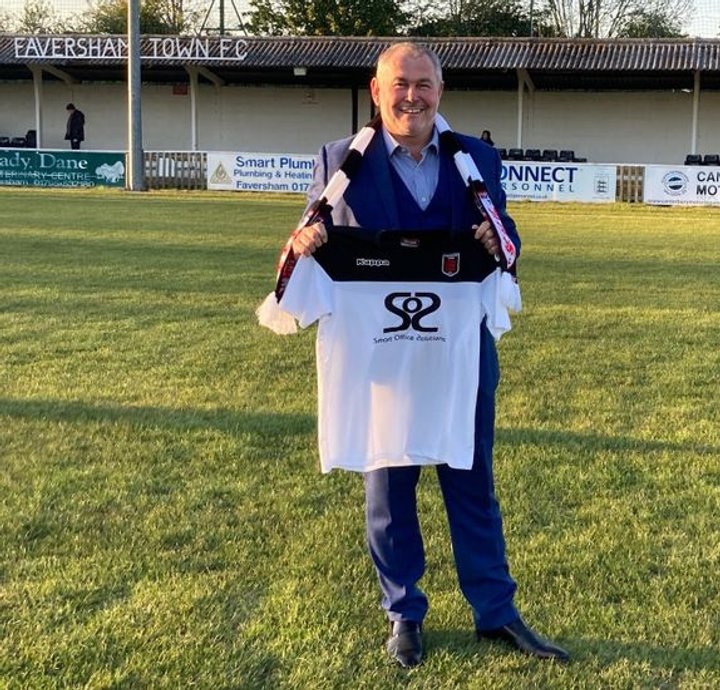 You wait for ages for news from Faversham Town, and then three stories arrive at once!

Early this morning the Lilywhites announced that they'd signed a three year shirt sponsorship deal with ex-player and supporter Gary Smart, of Smart Office Solutions Ltd. Gary, who played for the club from Under 14 level right up to the first team, explained his decision to invest:

"I have such an affiliation for the club. Football is my thing, it's my passion and I want to put something back in.

"I have a lot of memories at the club, and I'm looking forward to catching up with lots of ex-players, which I will no doubt see up the Slopers end."

The club then announced that club captain Harry Harding had agreed to sign on once more for the 2021-22 season. The striker, who scored five goals in nine matches last season as the Lilywhites completed an unbeaten- although severely truncated- league campaign, stated:

I have no doubt in my mind - with the environment we are creating this year - and what we started last season, we soon will be challenging for promotion.

I know some people say that at the beginning of the season flippantly but I genuinely believe we can with the team we have formed and the management we have." Read more here.

Finally, the club have agreed a three year shirt deal with Kappa. The whole club, from the first-team down to the juniors, will all be uniformed in the same kit and sponsor. Read more here.

 Pre-season Hawks! Hawks all set for the summer

Oysterboys bring in former Dons and Cobblers midfielder  Whitstable Town's new coach has a big pedigree- and still has his boots!