A day for Bury good news! 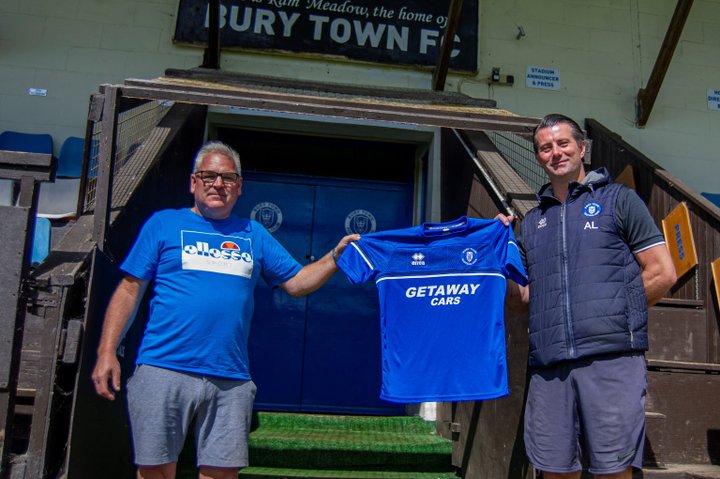 Sponsors, shirts, ground improvements- the good folk of Ram Meadow have much to tell you

Bury Town today announced that their long standing main sponsors First Stop Travel have signed a new agreement to continue their sponsorship for a further two seasons, and that the company’s owner Glenn Edwards has joined the Board of Directors of the Football Club. They also released news about the first team shirts for the forthcoming season, and gave an update on ongoing ground improvement works.

“The club are delighted that Glenn is continuing his sponsorship with the club through his First Stop Travel business and that he is joining the club as a Director. We are pleased to be working once again with a successful local company. The impact of the coronavirus on businesses all over the country has been severe, so we are very grateful that Glenn is continuing to back the club at a difficult time, and this gives us a big financial boost for the next two seasons as we look to hopefully get underway in September.”

“I would like to thank Glenn and his company for their continued support and welcome him to the clubs Board of Directors. This is an exciting time for the club with the stadium redevelopment taking shape and hopefully when the season starts up again, Ben and his team can continue where they left off last season. Going into the new season without a main sponsor would have left a large hole in the clubs finances which have already been hit by the long layoff, but thanks to the support of First Stop Travel we are confident that the 2020-21 season will be another good one both on and off the pitch."

The new style first team shirts, manufactured by leading Italian sportwear brand Errea and which you can see being expertly modelled above, will continue to bear the logo of the Getaway Cars taxi firm as they have done for the past 4 seasons.

The £100,000 redevelopment of the Denny Bros Stadium is currently underway and expected to completed by mid-August. The work involves the removal of the 50 year old floodlighting system and installation of a brand new state of the art system that will double the brightness of the Ram Meadow lights. A new 150 seater East Stand with a dedicated disabled enclosure is also being constructed to provide supporters with a modern and unobstructed view of the pitch and the previous wooden pitch fence that was constructed in 1986 is being replaced by a modern metal spectator barrier that meets current safety regulations.

Words and picture courtesy of the club.