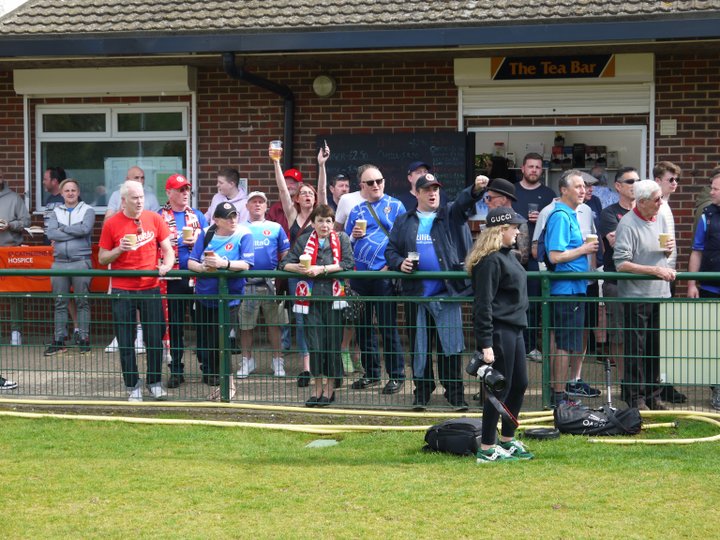 A number of arrivals at Whitehawk

Whitehawk have announced a number of arrivals during recent days, and we thought we'd bring you a quick synopsis. There are a number of familiar names in the list.

Today the club announced that Callum Saunders is Sean Saunders latest signing. Callum played for the Hawks some years ago, and is a multiple promotion winner. He has most recently been with Saltdean United- who but for ground grading issues would have been competing with Lancing for a right to be in the South East Decision next season a couple of weeks ago. He was also a part of a successful Haywards Heath Town side, won trophies at Peacehaven and Telscombe, and turned out for Burgess Hill Town during their most successful period.

Forward Charlie Lambert comes in from Eastbourne Borough- although he had loan spells with the Hawks and Three Bridges last season. He made eight Hawks appearances, scoring once, and played eleven times for Bridges, also scoring once.

Full back Hamish Morrison was a play off semi-finalist with Haywards Heath Town- indeed he scored in that match, and played forty six times over the course of the season, which was his third at Hanbury Park, where new boss Saunders was formerly his manager. He started his career with Brighton & Hove Albion, and also played in Scotland for Hamilton Academical.

Striker Rob O'Toole is a very familiar name, and was an important part of Saunders early successes at Haywards Heath Town. He was also a legend with Burgess Hill Town and most recently Horsham, and was also a title winner at Peacehaven & Telscombe and East Preston. he is, in effect, a serial promotion winner.

Henry Muggeridge has departed the club.

Pitching In Isthmian League allocations: 2022-23  The FA have announced the allocation of clubs for the forthcoming season