A home for Grays? 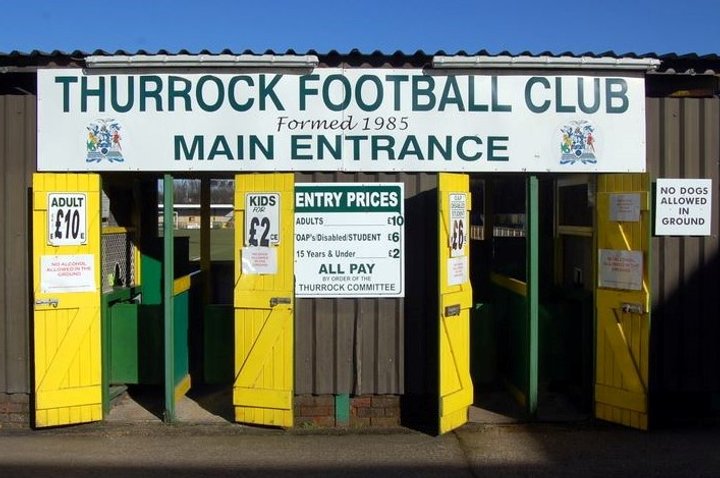 Grays Athletic this morning shared an article from a local news site which floats the idea of the club being 'gifted' the former Thurrock FC stadium at Ship Lane- so long as a company who want to develop land around the stadium are given planning permission.

The article suggests that the company in question, named as Group 1 Automotive, would like to build a car preparation site on land adjacent to the stadium. If they were to get the go-ahead then they would then 'gift' the stadium to Athletic, as well as offering the local authority half a million pounds to "improve football pitch provision at Thurrock Council’s Belhus Park," which is found in nearby Aveley.

• The gifting of Thurrock Football Club to a third party to ensure its use for community football in perpetuity;
• A financial contribution of £500,000 made to Thurrock Council for improvement of existing football pitch provision at Belhus Park, Aveley;
• New access to include a HGV turnaround which will provide road traffic benefits to help reduce/prevent HGVs travelling through Aveley village;
• The introduction of a new international company to Thurrock Borough Council;
• The creation of up to 30 new jobs; and
• New landscaping in order improve views across to the Stadium from the Mar Dyke footpath.

You can read more here, and view the planning application and consultation here.

The last competitive match played at Ship Lane was a one-nil win for Thurrock against Kingstonian on April 21st 2018. Lewwis Spence scored that final goal.

 Pitching In Isthmian internal transfers, week ending 7 November 2020 We had- as you might imagine- a shortage a internal deals as lockdown kicked in once more.