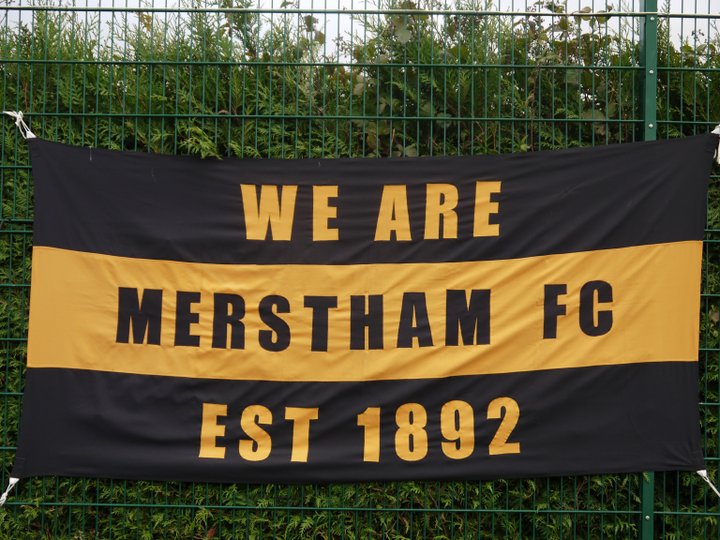 Merstham have announced two new additions to the squad who travel to Margate this afternoon.

The first arrival was defensive midfielder Jonathon Page, who moves over from Fulham on loan. Jonathon has been with the Cottagers since he was twelve years old, and has progressed through the Under 18 side to become a regular with the Under 23's. He has also been known to play at full bank and centre back.

Jonathon was followed by Andrew Sesay, who comes in from Pitching In Isthmian South East leaders Hastings United.

Forward Andrew has only been at United since mid November, and has made twelve appearances and scored once. He was dismissed in his final match for the club, at Sittingbourne on Saturday.

He moved to the Sussex seaside from Hythe Town, where he had been for about ten minutes, making only two appearances. He moved to the Cannons from Tooting and Mitcham United, where he signed on in the summer and made eleven appearances, scoring four goals- including a hat trick in a seven-three win over Northwood.

Prior to his Leafe and Bridges stints he played for Greenwich Borough and Tonbridge Angels.

It's the Highlights! 12 Feb 2022  As you look out the window at the rain and pray that tonight's fixtures will go ahead, here are some of the best bits from Saturday