A new chair for the Stutes 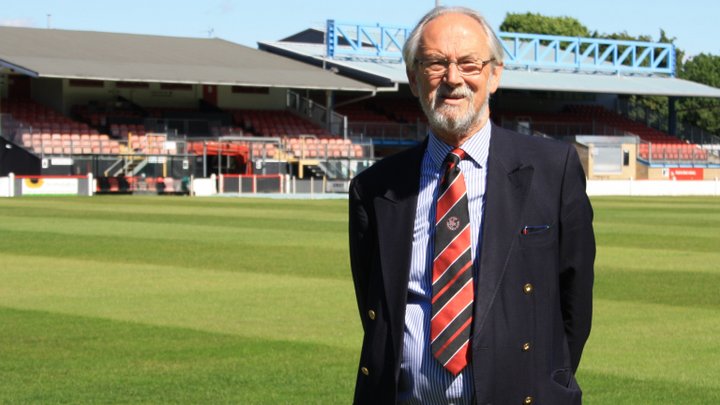 Histon FC have just announced that current Board member Richard Barlow will succeed John Hall as Chairman of the Club effective from 1 July.

Richard was born locally and watched the club in the Spartan, Delphian, Athenian, and Eastern Counties leagues throughout his childhood, before moving away for work, returning to Bridge Road during what he describes as "the glory days under Steve Fallon." He was one of the founding members of HIST, the independent supporters’ trust, and acted as its Secretary, becoming a HIST representative on the Histon FC Board in 2014. More recently he has been a director since 2018.

Given that in his time with the club he has written Board minutes, drafted contracts and codes of conduct, prepared policy documents, researched 3G football turf pitch arrangements, implemented pension arrangements, represented the Club in discussions with other parties, planted trees, painted fences, cleared litter, emptied dustbins, sold Golden Goal tickets, made stadium announcements, cut back undergrowth, forked the pitch, manned the stall at the Feast Festival, operated the turnstile, supervised the carpark, and become a shareholder, he will have a fairly comprehensive understanding of how the club works- from top to bottom!

Congratulations to Richard on his appointment. You can read his thoughts on the role, and more besides, by heading here.

Outgoing Chairman John will remain a board member, and the club and his successor have been fulsome in their praise for the "wonderful job" he did during his time in charge.

 Cray sign their number one target! Striker Taylor to remain with the Wands

Geordies pick up three Middlesex County awards  What does hard work and dedication make? In the case of Hanwell Town, prizes!