A new Head Coach for Bay 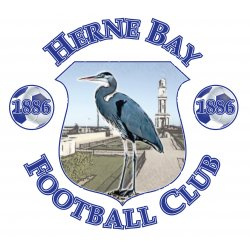 Herne Bay have announced the capture of Darren Beale, who heads to Winch's Field to take up the role of Head Coach.

Darren has a great deal of higher level experience, most recently alongside former Leatherhead boss Sammy Moore at Hemel Hempstead Town, Concord Rangers and- of course- with the Tanners.

"I'm really pleased to welcome Darren to the club, he brings a wealth of experience with him and has developed a fantastic reputation with players at National League Level. I've said for a while now that we need to make improvements both on and off the pitch if we are serious in our ambitions, and for the chairman to bring a Coach in from National League South level is a big step for us."

You can read more on this story, and hear what Darren thinks of his appointment, by heading to the club website- here.

Barking welcome back Jones  Striker is now a Blue once more