A permanent Salmon for the Rooks 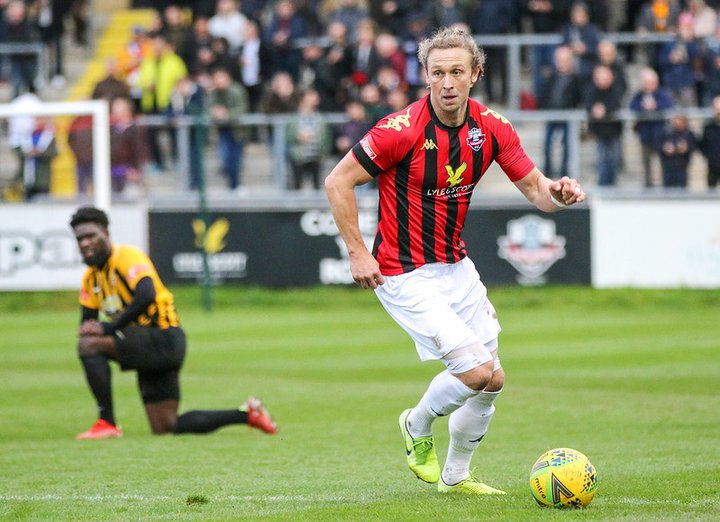 Loan over, Leatherhead's Will signs permanently for Lewes

Lewes have announced that Leatherhead defender Will Salmon has now signed permanently at The Dripping Pan, following a loan which has seen him play six times since joining on October 30th.

"Will has had a great impact from the moment he come to us both on & off the pitch so I am delighted to get him with us for the season."

Will joined the Tanners in the summer of 2018, moving along the M25 from Metropolitan Police. He made forty seven appearances in that first season, and soon became one of the first names on the teamsheet, with thirty seven more appearances during the unfinished 2019-20 and another twelve in the season that hardly started, last time out. He signed on one more with the Tanners for this season and has made thirteen appearances, one of the bright spots in what has been an extremely underwhelming campaign at Fetcham Grove.