A Rams round up! 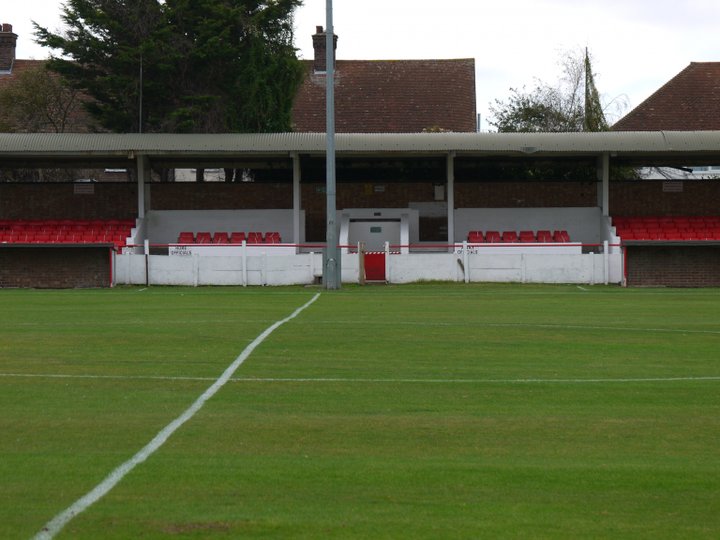 Another Ramsgate signing round up

It's been nearly a week since we brought you news from the Southwood Stadium, and as they've been rather busy since then we thought we'd better give you a brief round up.

First, Beckham Kennelly arrived after spending some of last season with Wisbech Town in the Pitching In Northern Premier South East Division. The defender is fluent in Spanish having grown up in Spain, which will be useful if the Rams manage to tempt Sergio Ramos to be his defensive partner. He previously played for Royston Town and St Ives Town, and in Spain turned out for Ucam Murcia CF and Real Murcia CF, playing at the top level in Spanish youth football.

Beckham was joined by TJ Jadama, who returns to the club 'for an undisclosed fee.' Since leaving the Rams forward Tijan has been an Oysterboy, playing for Whitstable Town, where he managed four goals in his eleven appearances last season. He got six the season before, a campaign in which he played against the Rams four times, with one win, two draws and a defeat across three competitions. A Rams Academy player, his breakthrough season with the club was 2017-18, and he followed that with twenty eight appearances from midfield in the following campaign.

”TJ is a player I’ve admired for a long time. I feel he really suits our style of play with the group we have assembled this year. He’s a great age and is back where he calls home.“

Last up was Luke Carey. Attacking midfielder Luke was with the Rams rivals Margate early last season, making six appearances after leaving Charlton Athletic, where he'd been part of the Academy, starting at Under 10 level. He scored for the Blues on his debut, during a win at Brightlingsea Regent. He then moved on to the Rams, scored on his debut once more- in victory over Burgess Hill Town- and managed two further matches before the season imploded. Boss Longhurst explained:

“Luke was with Charlton from u9s to u23s and had a year as a pro. Injury has played a big part of his last few years but he has all the tools to reach his potential and it’s down to both Luke and myself to unlock that.“

A Knight at the Park  Margate bring in Billericay defender Lewis