A Rook makes his Pompey bow! 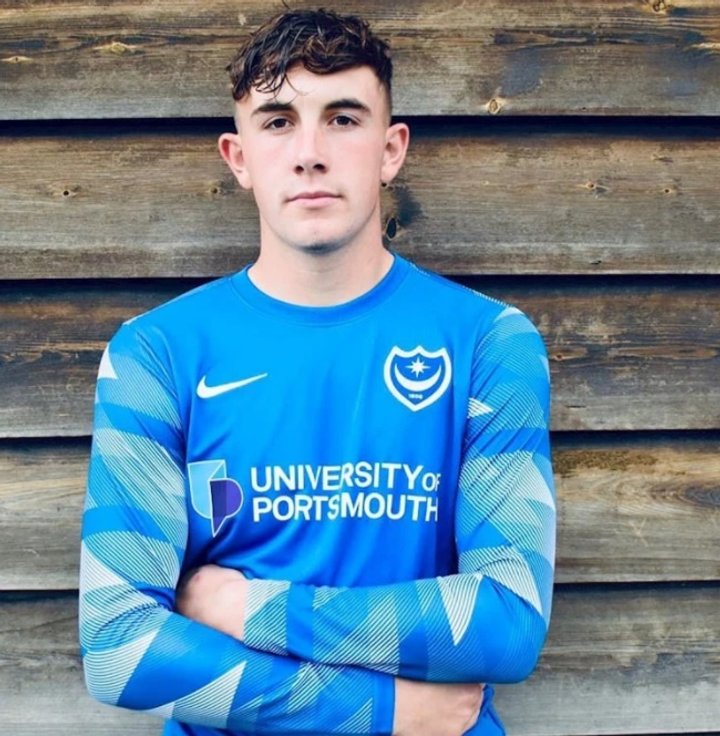 Portsmouth supporters may not think that they were given much to get excited about during last night's match at Peterborough- particularly given they lost five-one- but in years to come they might remember the occasion for the arrival of a goalkeeping legend, as it marked the professional debut of former Lewes Under 18 keeper Taylor Seymour.

Taylor entered the fray with half an hour left and Pompey already four-one behind in the Papa John's Trophy match, and kept a clean sheet until three minutes from time when beaten by a well-drilled free kick. His side did manage an even later consolation, so he can say that the part of the match he played in ended in a draw!

The player, who joined Pompey from the Rooks and signed a professional contract in September, had an outstanding record at Lewes. He played twice for the first team last season, in a five-two Sussex Senior Cup win over Three Bridges and a two-nil Velocity Trophy win against Sevenoaks Town, but prior to that was with the Under 18's, where his tenure was remarkable. In seventeen matches he kept ten clean sheets, and only conceded seven goals in total. He was also quite nifty at the other end of the park too, playing up front and scoring a hat trick against Rustington Rovers in the Sussex Youth Cup!

We're sure that Taylor will go on to have a magnificent career, but we'd like to send him congratulations on a memorable debut.

Thanks to Stuart and Kev from Lewes FC for info and stats. Image courtesy of Portsmouth FC.