A Saturday Friendly Round Up- 5 September 2020 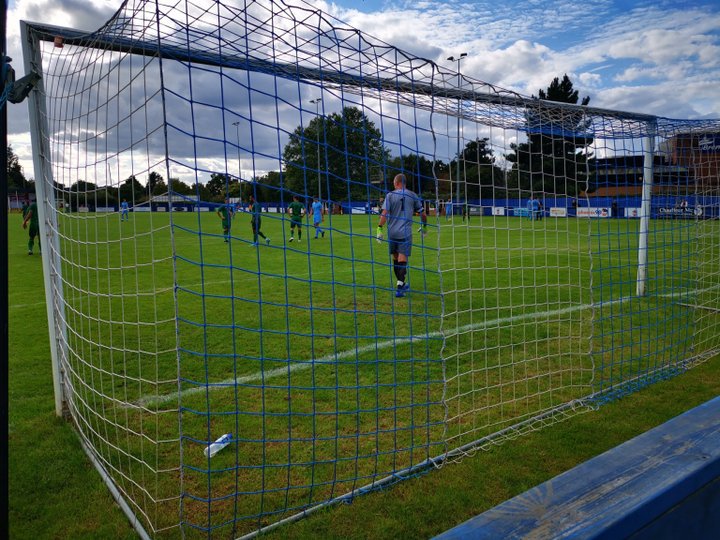 We had a large programme of friendlies this afternoon. Here's a- perhaps not comprehensive- round up!

We’re two weeks from the big kick off (one week for some of our clubs, who will be in the FA Cup next weekend), so we had a large number of pre-season friendlies. Here’s a round up- which might not be comprehensive given we’re relying on social media!

Here we go- in no particular order!

Aveley defeated Hythe Town by two goals to nil. George Sykes got them both. 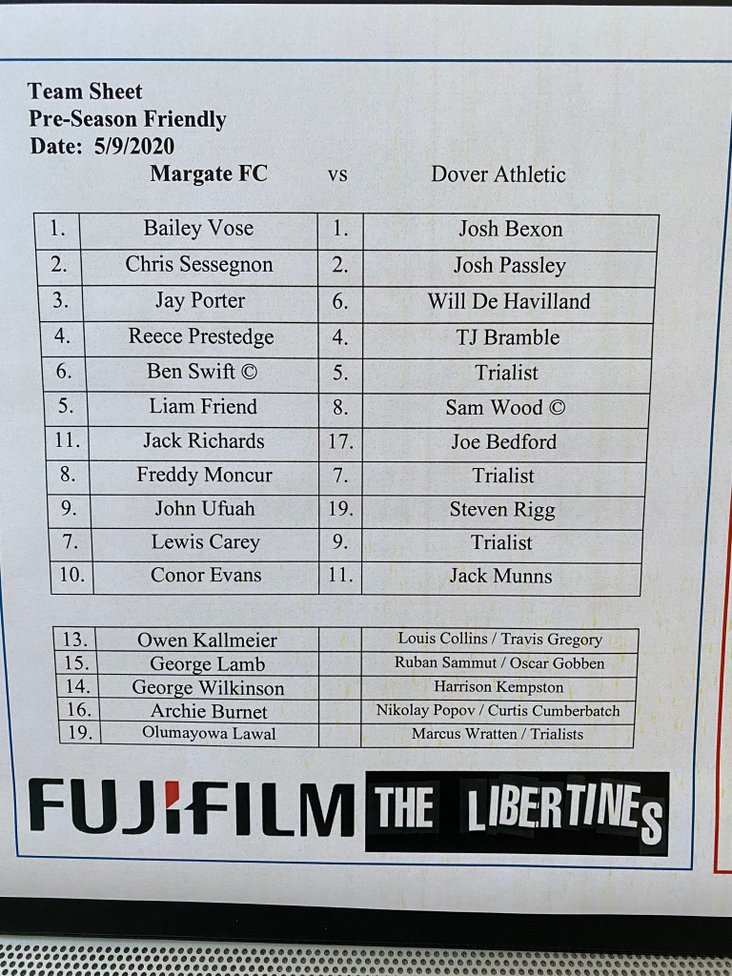 Later at Parkside, Grays Athletic retained the Stan Veness Memorial Trophy with a one-one draw against Tilbury. Brian Moses gave the Dockers the lead on 52 minutes and Tony Stokes equalised after 60 minutes.

Westfield defeated Walton Casuals by the only goal of the game. Scorer unknown.

Waltham Abbey and East Thurrock United played out a two-all draw. Ryan Dear and Nathan Twum found the net for the Abbotts, Callum Tyler scored one of the Rocks goals, the scorer of the other is as yet unknown.

Potters Bar Town went down four-nil at Dorking Wanderers, but Felixstowe and Walton United defeated Lowestoft Town two-one in front of a crowd of three hundred and thirty five. Smalls and Canfer got the goals. 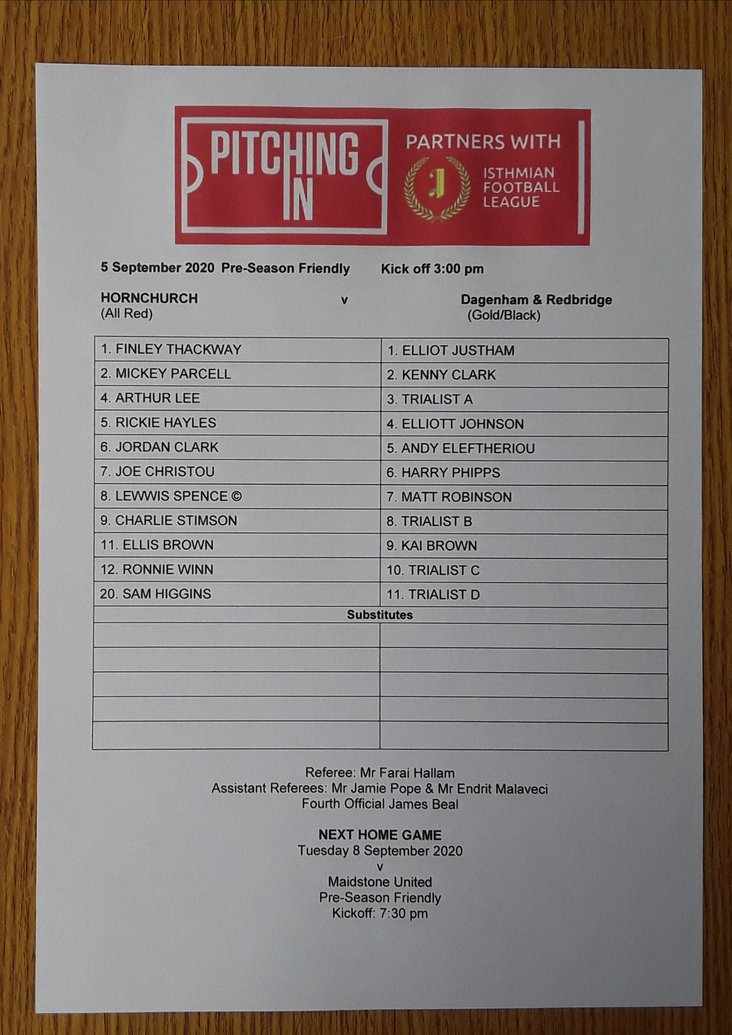 Barking christened their new 3G surface by defeating Enfield Town three-two. Billy Jones got one of the goals, a trialist the other two, whilst Bricknell and Okojie scored for the visitors. They then went on to play again, defeating Witham Town two-one. Dadson and Owusu got the goals for the Blues, we don't have the Witham scorer yet.

Carshalton Athletic defeated Tooting and Mitcham United three-two. Bennett and Clunis scored for the Robins- no idea who got the other- whilst Waters and Adjei scored for the Terrors.

Folkestone Invicta recorded a rather impressive victory over Ashford United, by six goals to one. A Draycott hat trick, and goals from Heard, Ter Horst and Sterling made the difference- Nuts and Bolts scorer unknown.

Leatherhead defeated Staines Town by five goals to nil. Great Evans with three, Briggs and Hester-Cook notched for the Tanners.

Cray Valley PM travelled to Brentwood Town and left after scoring the only goal of the game- Francis Babalola got it- whilst Northwood fell two-nil at Melksham Town. Headline image courtesy of the Brentwood Town twitter feed.

Cray Wanderers took part in a seven goal thriller against landlords Bromley, but were on the wrong end of that as Bromley got four. Taylor, Parker and Pritchard scored for Wands.

Chipstead and Whitstable Town couldn’t manage a goal between them, whilst Ashford Town went down four-two at home to Hartley Wintney. French and Petch scored for the Tangerines.

Horsham defeated Harrow Borough by three goals to two. Sparks got a couple of them, O’Toole got the other.

Hippolyte got the only goal of the game as Chertsey Town won at Merstham, and there was another away win at Maldon, as Hastings United defeated the Jammers one-nil. Chalmers got the goal.

Bowers and Pitsea went down three-one at Chesham United. Billy Knott got the goal.

Ingrey got the only goal of the game as Cambridge City defeated Barton Rovers.

Kingstonian travelled to Tonbridge Angels and fell to a two-one defeat, Andrews getting the K’s goal, whilst Whitehawk were also taking on National League opposition, and also had a two-one scoreline- but the Hawks triumphed over Eastleigh, Tighe and Muggeridge sending them home happy.

Canvey Island defeated Phoenix Sports three-one. Kouassi, Hubble and Hunt scored for the Gulls, and we don’t know who scored for Sports.

Hanwell Town fell to a six-two defeat against Aldershot Town, whilst Worthing and Three Bridges drew nil-nil- as did Haywards Heath Town and Lewes.

Coggeshall Town won three-one at Brightlingsea Regent, with Price getting the third and Nwachuku (as usual) getting the other two. Kamanzi got the consolation for Regent.

Hornchurch lost two-one at home to Dagenham and Redbridge. Dickson scored for the Urchins.

Margate fell to a three-two defeat against Dover. Ufuah and Evans scored for Gate.

If we’ve missed any, let us know!

More Jammers!  Four more sign on for the Pitching In Isthmian North campaign at Maldon and Tiptree