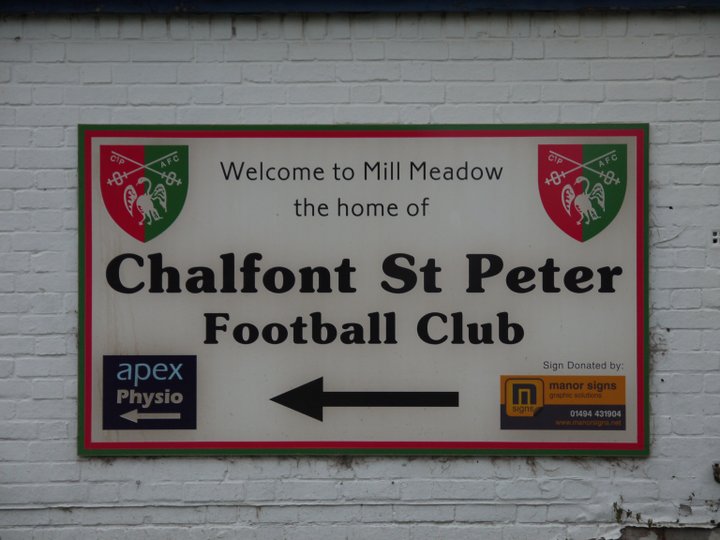 We only have four matches in the Pitching In Isthmian South Central Division- but it’s not about quantity, just quality!

Bracknell Town and Uxbridge have had superb starts to the South Central season, and sit first and second in the table, separated only by goal difference. Saturday brings the chance for one of them to create some daylight as they meet at Bottom Meadow, Sandhurst- don’t go to Large’s Lane, you’ll be disappointed! Only Hanwell Town have taken a point from the Robins, and that on the opening day of the season, and they come into the match on the back of four successive league wins; whilst the travelling Red Army will be singing the praises of Anthony Mendy, who has scored in every league match this season and is already on eight for the campaign.

Bracknell’s neighbours Binfield travel to Chalfont St Peter. The Moles have lost only one of their last four- and that against Bracknell- and won four-one against Staines Town in midweek. The Saints, in contrast, haven’t won since the opening day and were on the wrong end of a six-one hammering at Chertsey Town in midweek.

Staines look in dire straits, their latest trick being to lose heavily in every match. Three goals scored, seventeen conceded- in four matches. Westfield will not be their brothers in arms, and indeed will hope to skateaway with three points, because they’ve been so far away from a victory of late that they haven’t achieved one since the opening day. Our apologies to Mark Knopfler for this preview, we hope he won’t charge royalties for flagrant use of his song titles as that would effectively be money for nothing!

Finally, South Park host Thatcham Town- only they don’t, really, because the match is being played at Horsham whilst the Sparks go all 3G at Whitehall Lane. The Sparks are still searching for that first win, not helped by playing every game away from home, whilst the travelling Kingfishers were walloped by Bracknell last time out so will want to bounce back quickly. They only have one win so far this season, so this one is rather important to both sides.

 All roads lead to Hanbury Park! Actually, some of them lead to Faversham, Herne Bay, Sevenoaks and Three Bridges, but our big match is between the top two at Haywards Heath

Can Athletic extend their lead- or will the Magpies or Witham take over at the top?  It's still tight at both ends, and we have intrigue aplenty in our Pitching In Isthmian North Division programme this weekend