A Wednesday round up! 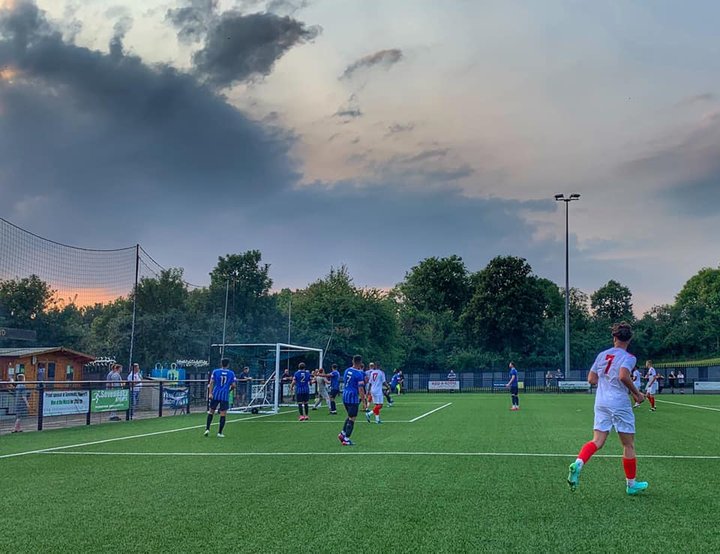 A few of our clubs had friendly matches last night. Here- so far as we know- is what happened.

Given these roundups currently rely almost entirely on social media they perhaps have the level of accuracy normally found in a red top tabloid- although without the salacious rumour. Please forgive any errors!

Sevenoaks Town entertained Lewes at the Bourne Stadium, and the Rooks emerged victorious, winning by four goals to two. There were three goals in each half, Town getting one and the Rooks a couple on both occasions. We've no idea who scored- even the fabulous Sevenoaks Town app doesn't record that- but we do know that the sky was pretty, courtesy of our headline image from the Rooks Stuart Fuller. Former Rooks Secretary Barry Collins gave a quick summing up on twitter, which stated:

"A couple of goals from set-pieces and a cracker in the second half from A Trialist. We forgot to defend our own set-pieces, but other than that, it was another decent showing." And if Barry is happy, we're all happy.

Worthing travelled with a young side to Littlehampton Town, and they showed age is no barrier to success by winning five-one. Alfie Hall got a second half hat trick, Aarran Racine and Shaq Gwengwe got the others.

Romford won three-one at Clapton- well, at Enfield College, but Clapton were the hosts. Again, no scorers given. Barking Under 23's get a mention because they scored seven in a seven-one win over Manford Way. and Abdullah Charfi gets a mention because he got four of them. Merstham Under 23's also get mentioned, because we've just noticed that they defeated Holland Sports one-nil and we're running out of things to write about.

We'll be back with some more friendly fixture news on Saturday!