Adeniyi is the new head Moatsider 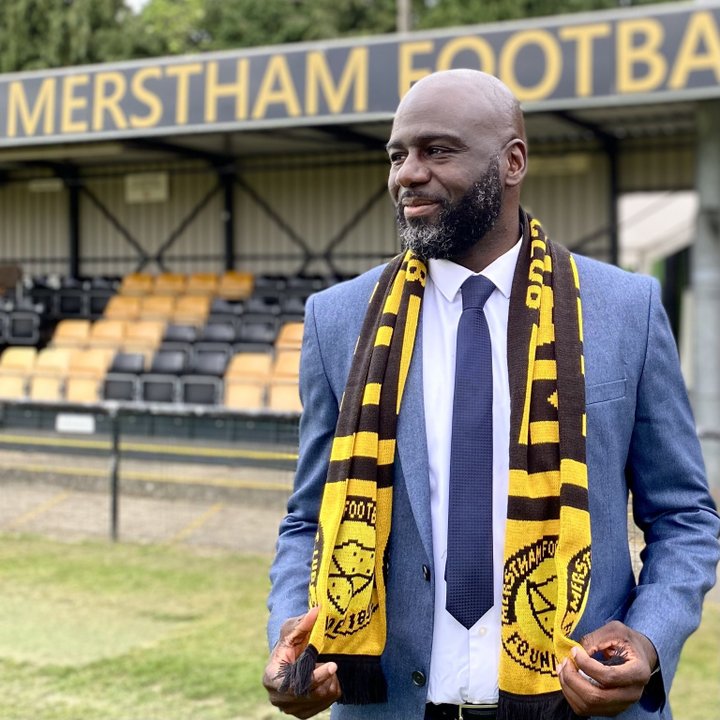 Merstham bring in former Robins boss for a shot at promotion- read more, and watch his first interview

Newly relegated Merstham are aiming to bounce back to the Pitching In Isthmian Premier at the first attempt, and have brought in former Carshalton Athletic manager Peter Adeniyi to spearhead their charge.

Peter has form when it comes to gaining promotion from Step Four, having been an important part of the Moatsiders promotion in 2014-15 and, of course, having steered the Robins to promotion in 2017-18. He went on to build a very successful side at Colston Avenue, qualifying for the play off's in their first season back in the top flight.

Peter explained his decision to head back to the worldflow stadium:

“When Merstham came calling, it was not a difficult decision for me. I have some great memories from my time as a player there and I hope we’ll be creating plenty of new memories in the coming season. I believe I still have plenty to offer, both as a player and a manager and I am looking forward to the challenge of getting the club back into the Isthmian Premier. I know it won’t be easy, as there are a lot of good sides in our league, all with the same ambition, but that’s our goal.”

“We are absolutely thrilled to have Peter back at the club. We had some great applications for the post, but given Peter’s success at Carshalton, together with his time as a player at Merstham, it just felt like a great fit for us.”

Peter's first interview as club manager is below.