An Annual Event- The Football Association Book for Boys, 1947-48 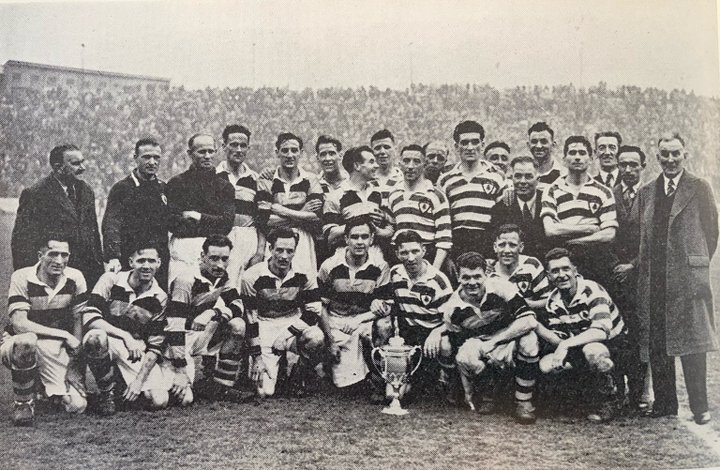 Yes, we head back to a time when girls apparently weren’t allowed to like football, and revisit an annual that features the ‘Great Days of the Corinthians’ and Leytonstone winning the FA Amateur Cup- and everything else for that matter.

The period covered by this book was one filled with notable events. The UK was still rebuilding after the Second World War, rationing was still in place, and bomb damage was visible across the land. Abroad, India and Pakistan became independent, as did New Zealand, whilst the British Army began to withdraw from Palestine.

The book covers all of these events. It also gives us a tale about the history of the game, lots of coaching tips from the likes of England manager Walter Winterbottom, and a detailed feature on how ‘Soccer’ is televised which is perhaps more suited to a trainee camera operators manual that a children’s annual, but of course this comes from a time where children were very much treated like mini adults. Thee is also an article about how to make a training film, so it seems the FA were rather desperate to tempt the youth into a career in cinematography. Roy Peskett of the Daily Mail gives us a feature on how different crowds behave around the continent, claiming that the crowd at Hampden Park is the loudest in European Football, Jimmy Trotter of Charlton Athletic teaches us how to look after our kit (don’t leave it lying around, especially if wet and muddy), and there is a guide to creating your own football board game- which looks rather like a forerunner of Subbuteo. But we’re going to focus on the Non League content as, unlike in annuals of the present day, our game is rather well covered. 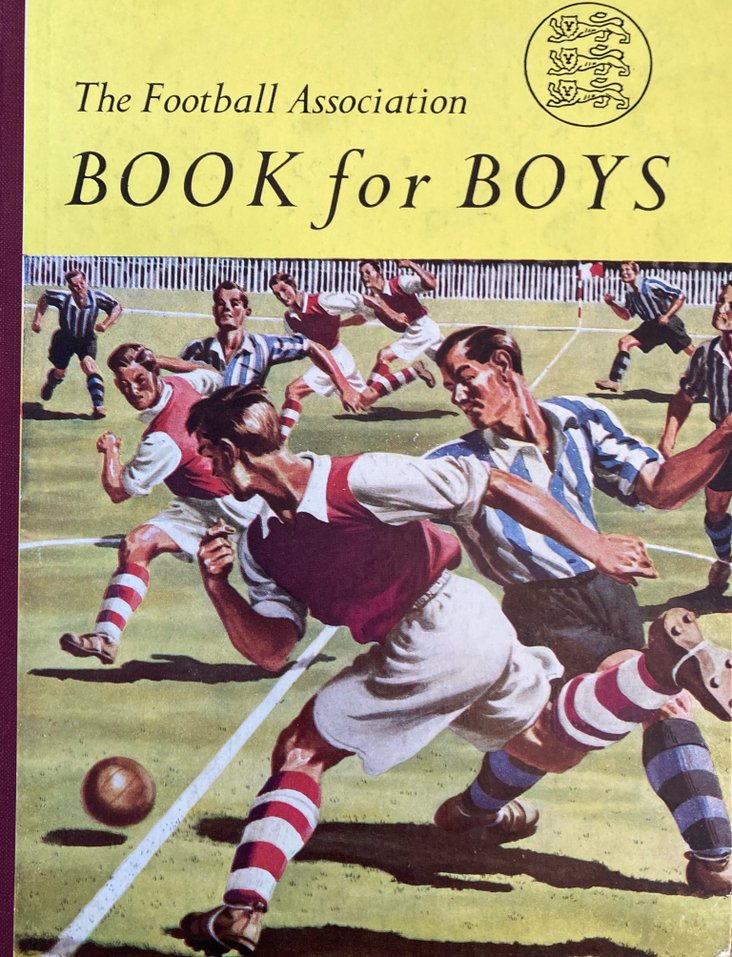 Bob Alaway of the famous Middlesex Wanderers club is very first up, describing his tours of the world with Richmond Old Boys at the turn of the century and with Wanderers after their formation in 1905. He explains:

“One of the principle rules of this club says that the principal object ‘shall be to send teams on tour in Europe.’ Yet another reads ‘Playing membership shall be confined to players who have gained Amateur International, County, or other representative honours, approved by the Committee.’ So you will see that our teams always comprise international players of the highest ability.”

The last tour mentioned in the book is the 1939 tour of Turkey, in which Wanderers played three matches, winning two. But there have been tours to thirty eight different countries (and two Channel Islands) since the club was formed, and many Isthmians have been involved during the last one hundred and fifteen years.

Corinthian FC are next up. The Reverend K.R.G. Hunt, a former Corinthian, England international and Olympian authors ‘Great Days of the Corinthians,’ taking the reader through the formation of the club, the ‘two hundred and eighty eight international caps won by members of the side’ between 1882 and 1914, and their eleven-three win against Manchester United. They played their last match in 1939, when they merged with Casuals to become Corinthian-Casuals, who sadly finished at the bottom of the Isthmian League table during 1947-48, winning only five of their twenty-six league games. They were, of course, re-elected (nobody was relegated in those days). 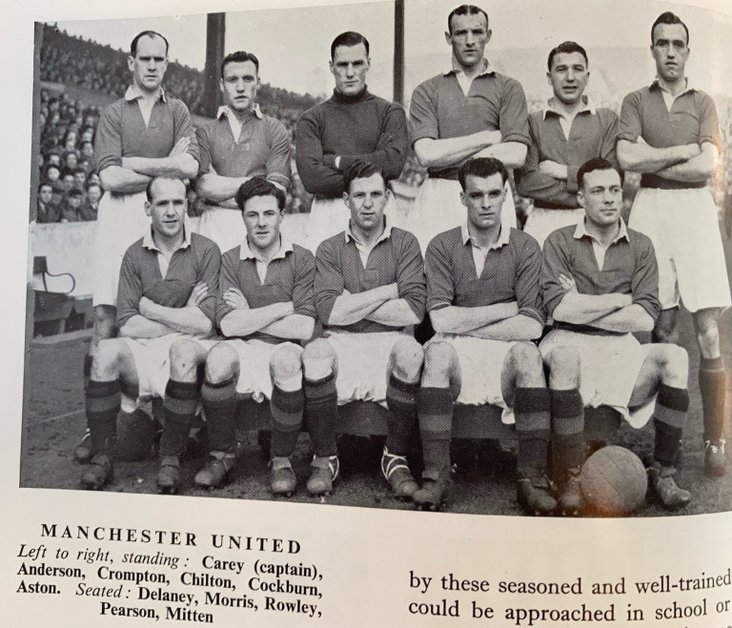 England Amateur international caps were won by a number of Isthmians. We’ve featured the list, but you will see representatives of Leytonstone, Kingstonian and Romford- alongside names from the likes of (then) non-Isthmians such as Barking, Bromley, Hendon, Enfield and Sutton United.

The FA Amateur Cup was won, once more, by an Isthmian club. Leytonstone picked up the trophy for a second year in a row, defeating Barnet by one goal to nil at Stamford Bridge, the year after defeating Wimbledon at Highbury to win it for the first time. We bring you the entire article on their success, written- with no worries about bias- by Barry East, a former Casual who was on the Leytonstone Committee. 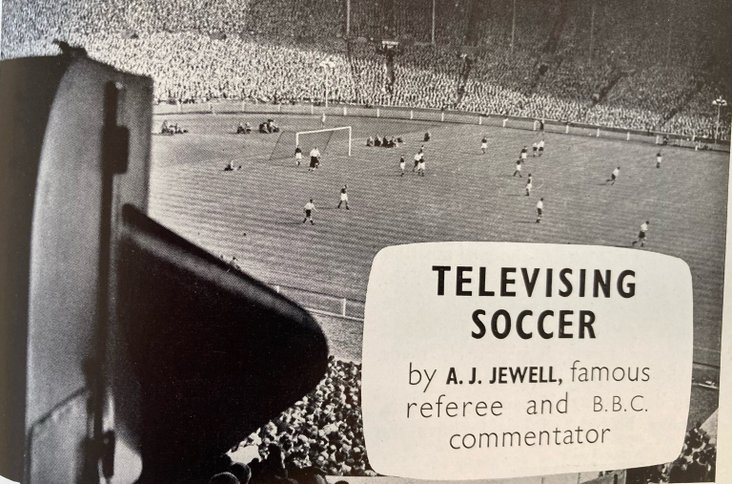 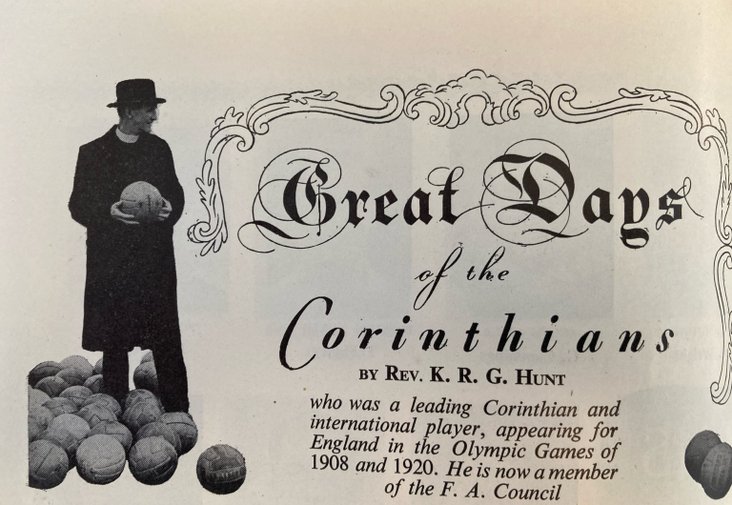 Great days of the Corinthians 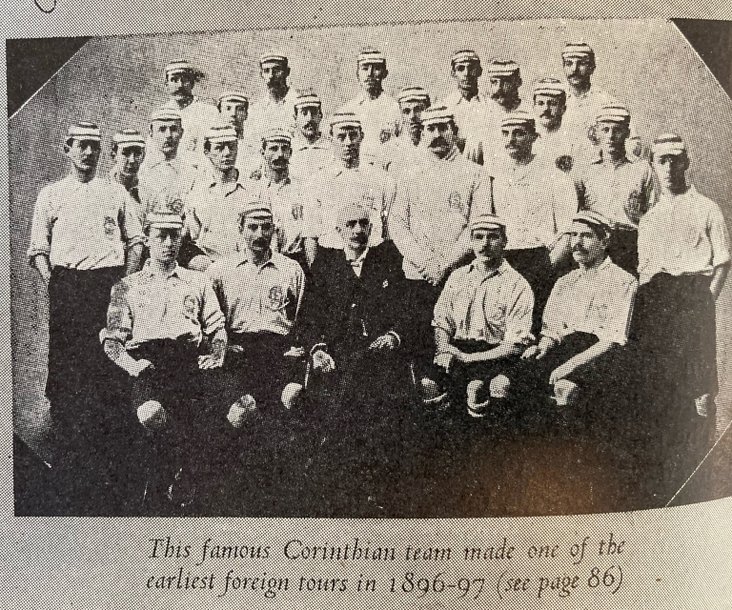 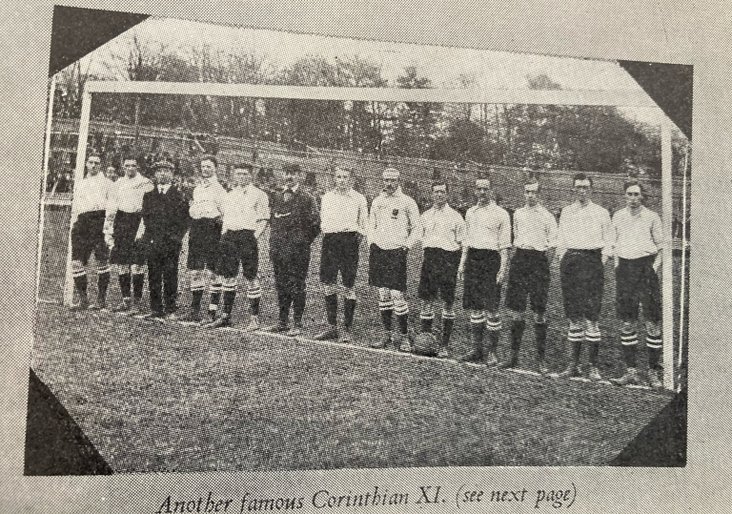 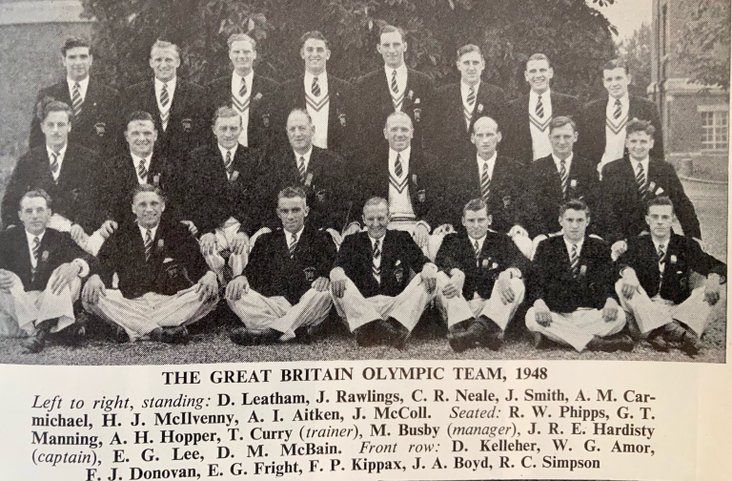 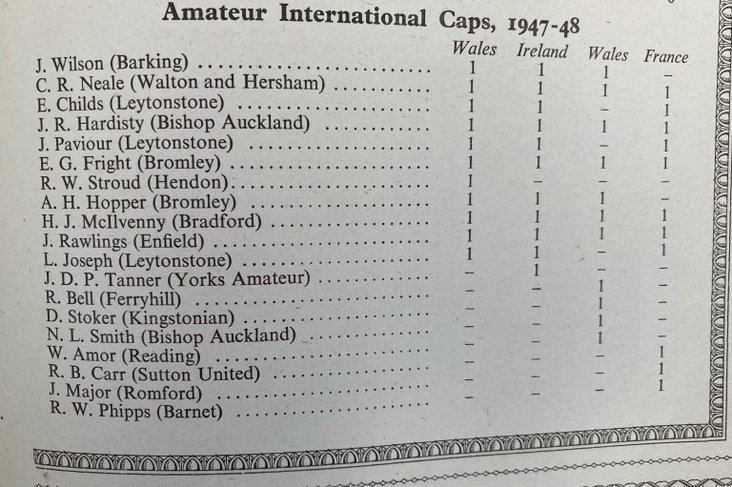 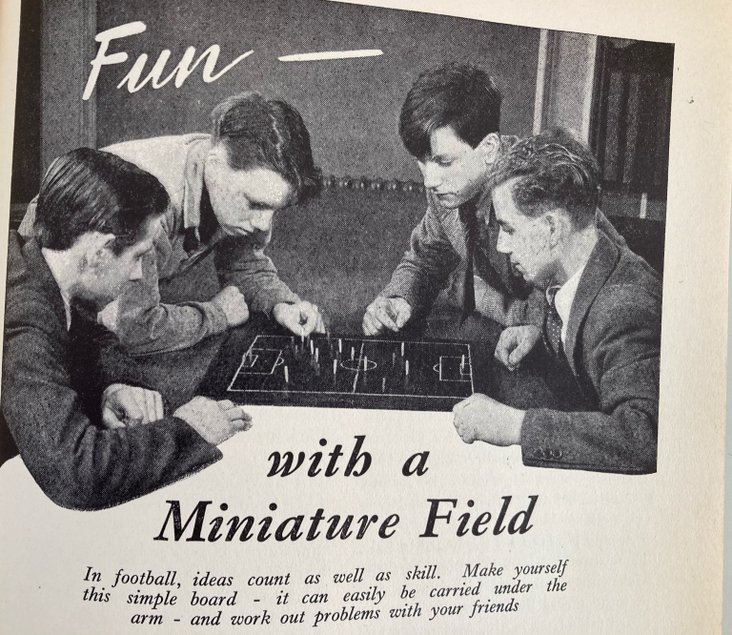 The forerunner of Subbuteo? 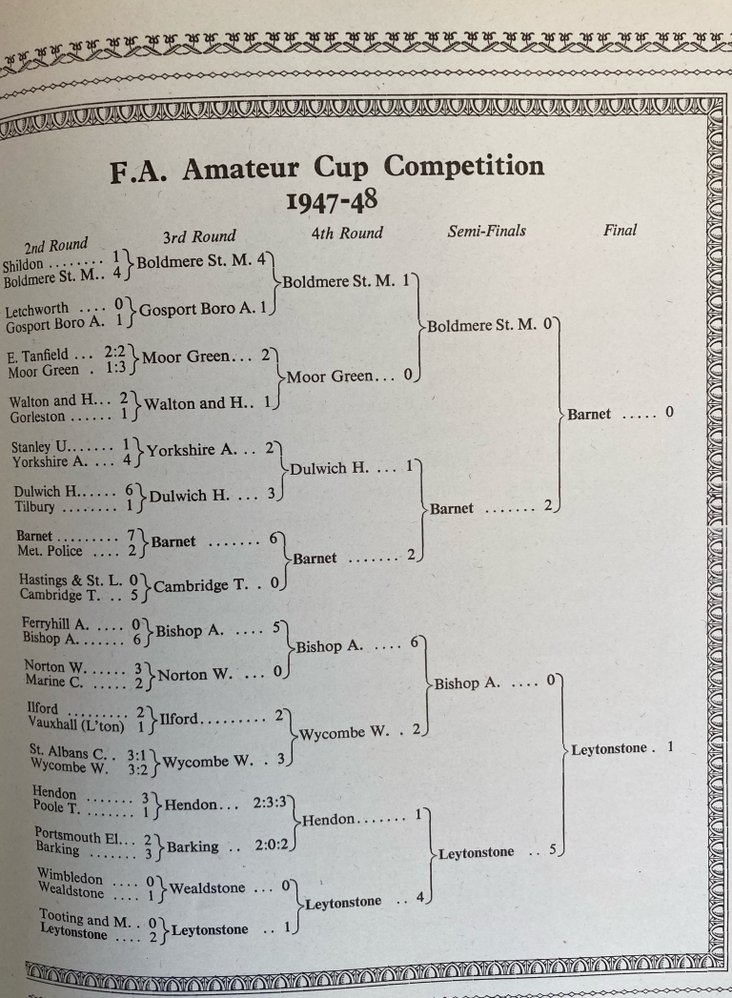 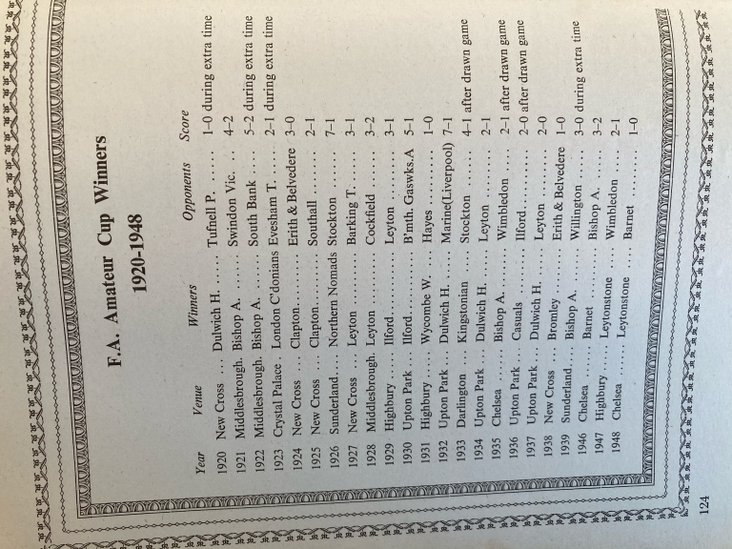 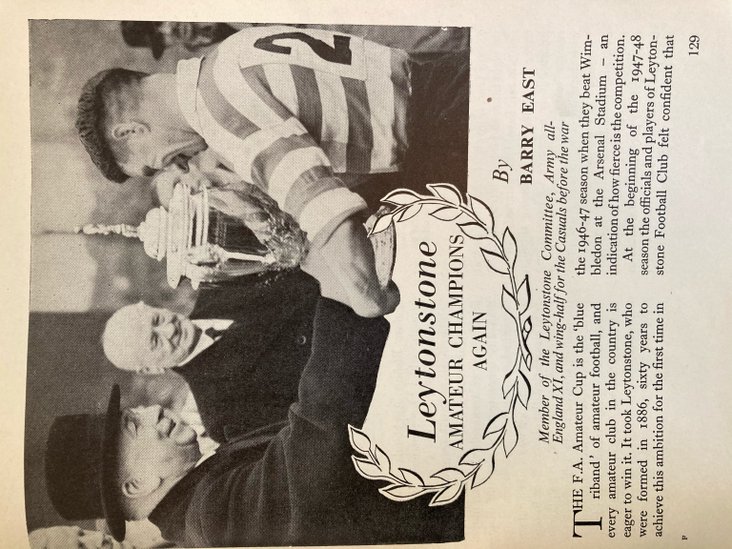 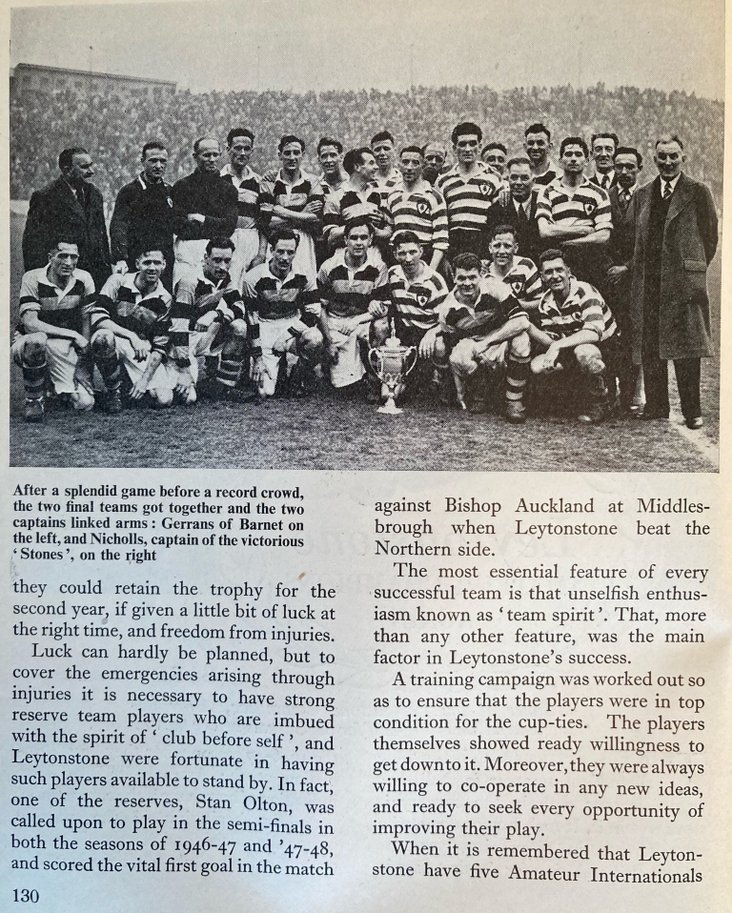 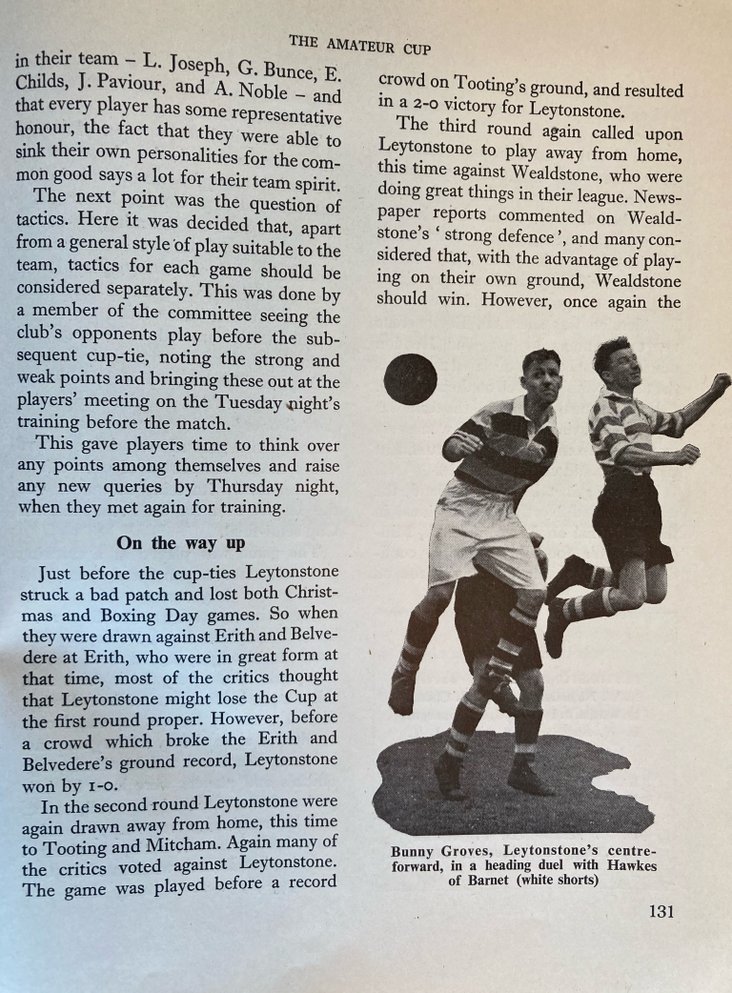 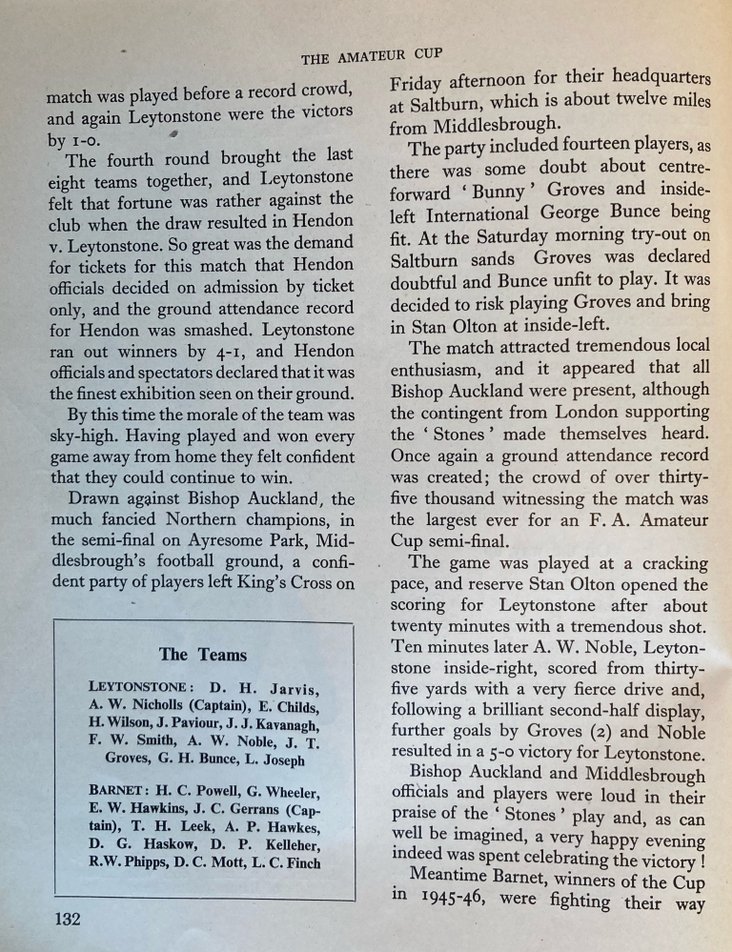 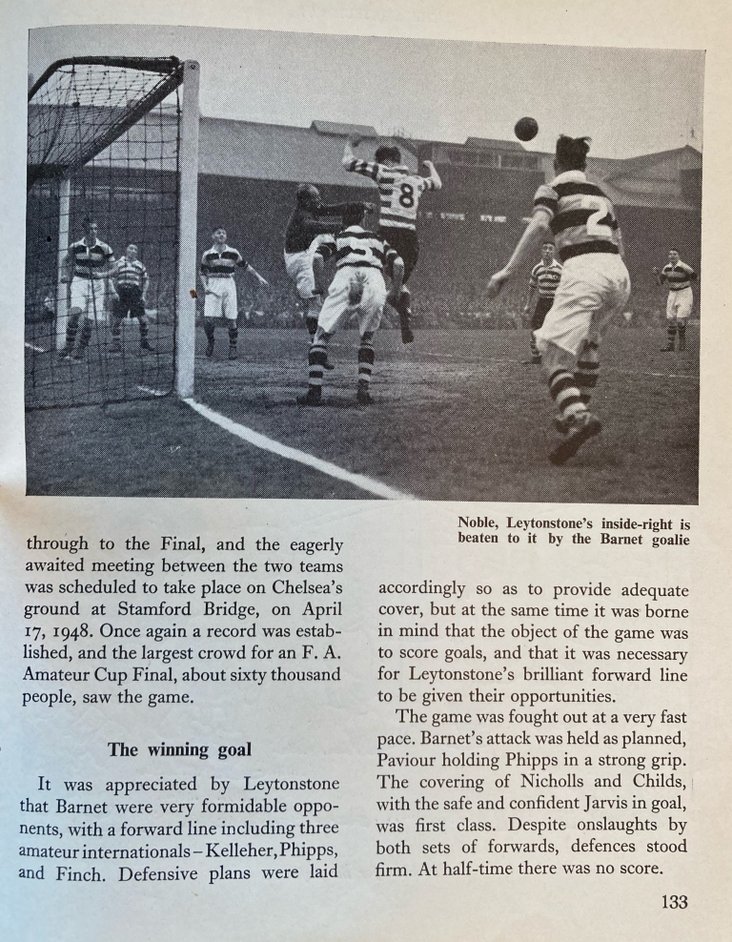 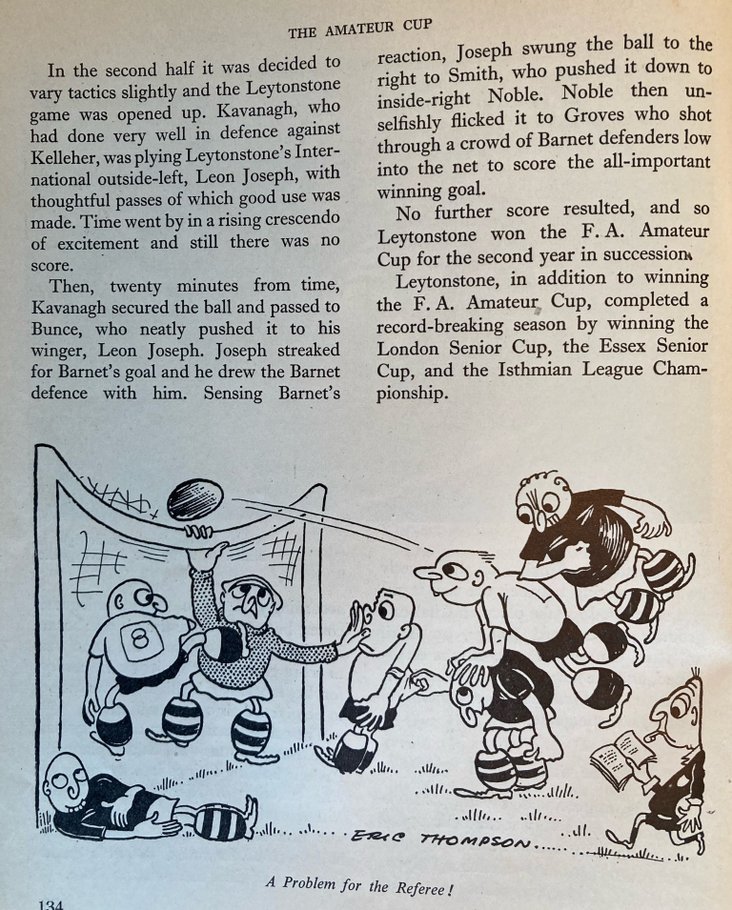