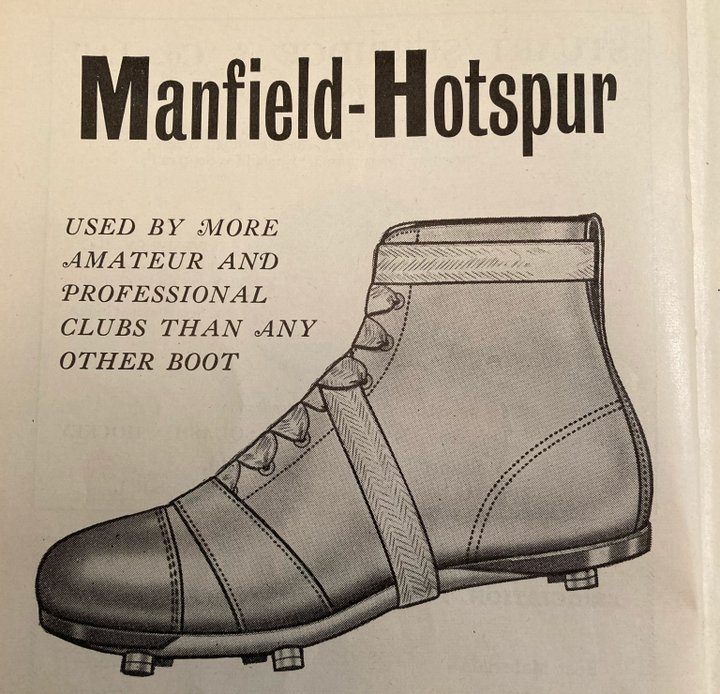 We go back to look at the 1949-50 season, when Leytonstone won the Isthmian League, Tooting were Athenian League champions, and Cheshunt won the London League.

The period covered by the 1949-50 season, which features in the Official FA Yearbook of 1950-51, was notable for an Arsenal FA Cup win, a Labour election victory- Clement Atlee being returned to office for a second term-, the first Silverstone Grand Prix, the end of the Berlin Airlift and the first publication of Enid Blyton’s Secret Seven. Only one of these is mentioned in the Yearbook, but it does give space to all of the Non League and professional tables, an advertisement for the latest in football boot technology- see above, four pages on Football Pools in Norway and Sweden and a detailed profile on Harold Huband, the FA’s Hon. Treasurer. We’ll look at some of those in a moment, but we’re going to start by taking a look at attendances, which are covered by a two page graph- seen below.

The stattos amongst you will perhaps like to do a little comparing and contrasting, so we’re going to help. 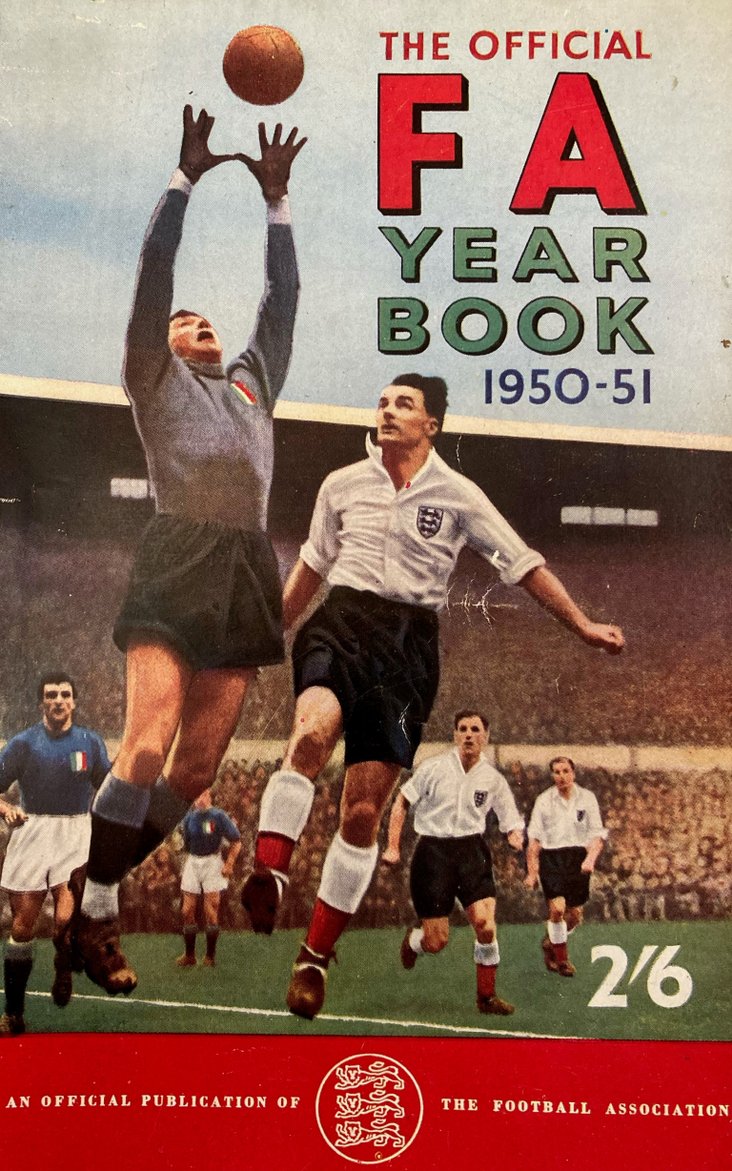 And here they are for the last complete season with spectators, 2018-19: 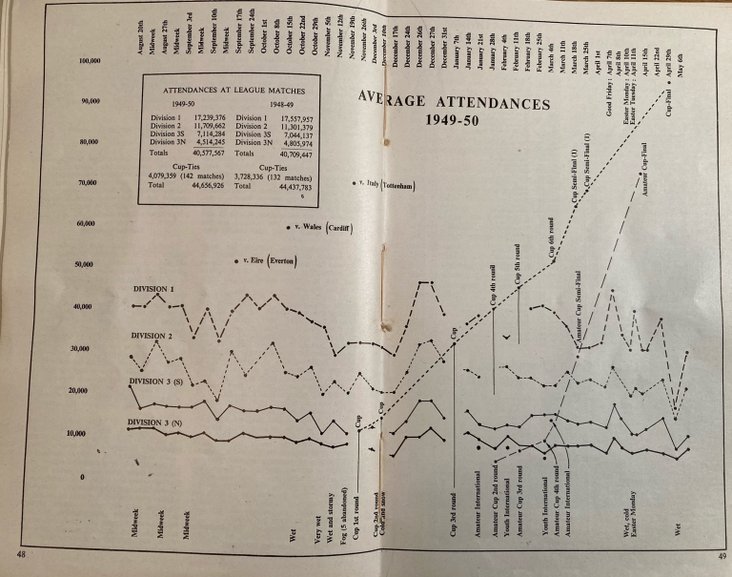 That works out as thirty two million, six hundred and twenty two thousand, five hundred and sixty one, so a decrease of seven million, nine hundred and fifty five thousand and six. We’re not going to make any socio-economic point here, or focus on the impact of television, but it is worth pointing out that we had eighty eight clubs in the professional game in 1949-50 compared to ninety two in 2018-19, and that capacities were higher prior to the adoption of all-seater stadiums.

That Arsenal cup win is celebrated, the Gunners defeating Liverpool due to goals from Lewis- the fifth time Arsenal had reached the final, and their third victory. They are now the record holders, picking up the famous old cup fourteen times. It wasn’t the best of cup years for Isthmian sides, Leytonstone falling to Chelmsford City in the First Round, whilst Romford went out at the same stage to Yeovil Town. Hastings United, at that point of the Southern League, fell at that stage against Gillingham, whilst Tilbury, then of the London League, went out against Notts County.

Portsmouth won the League Championship for the second season in a row, pipping Wolverhampton Wanderers to the crown on goal average- although it’s worth pointing out that if the current goal difference rule was applied Pompey would still have lifted the trophy. The club colours, we are informed, “are royal blue shirts and white knickers.” Tottenham Hotspur won the Second Division title- and promotion- by nine points, inspired by right back Alf Ramsey, whilst Notts County won Third Division South and Doncaster Rovers picked up the North title.

In Amateur Football, Willington were surprising winners of the FA Amateur Cup, the Northern League side defeating their local rivals- and title winners- Bishop Auckland four-nil at Wembley, in front of seventy seven thousand supporters. Willington had defeated Barking in the Semi-Final at Middlesbrough, our Blues at that point in the Athenian League; whilst the Two Blues had knocked out another set of Two Blues, Wycombe Wanderers of the Isthmian League, two-one in a match played at Brentford. Willington also knocked out more Isthmian sides, Leytonstone and Wimbledon, in earlier rounds. 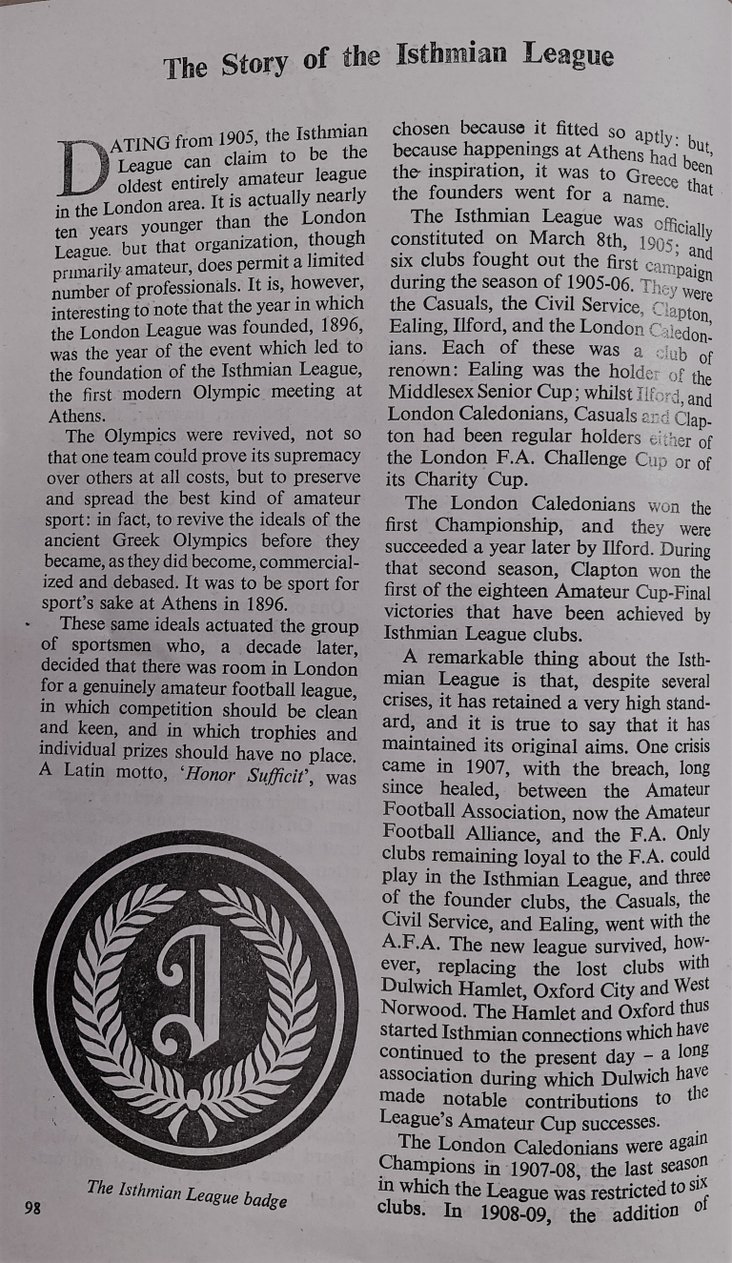 The Story of the Isthmian League page 1

Leytonstone won the Isthmian League by one point, picking up their third title in four years. Four of their side gained amateur international honours with England that season. Corinthian-Casuals and Tufnell Park successfully applied for re-election. In 1950 Park merged with Edmonton Borough to form Tufnell Park Edmonton, and that club later merged with Wood Green Town to form Edmonton and Haringey, who went on to become our very own Haringey Borough in 1976.

Away from the Isthmian League, Tooting & Mitcham United were Athenian League champions, whilst Uxbridge, Worthing, Grays Athletic and Carshalton Athletic were having rather average Corinthian League seasons. Hastings United were halfway down a Southern League being fought over by Merthyr Tydfil and Colchester United, whilst Cheshunt and Tilbury were fighting over the London League title- the Ambers triumphed by two points, scoring an incredible one hundred and fifteen goals in thirty games- that’s 3.8 goals a game (yes, we know you can’t score point eight of a goal). Hastings United had a side in that league, too. Chalfont St Peter were in midtable in the Great Western Combination, Bury Town having a similar season in the Eastern Counties League.

The Isthmian League was celebrating its forty fifth birthday, and there’s a feature on our- at that point rather limited- history. We’re still looking remarkably young for one hundred and fifteen! We’ve included that in its entirety for your delight, including a shot of London Caledonians, the 1911-12 champions who look rather like they are on their way to a fancy dress party dressed as convicts. A feature on ‘Great Centre-forwards of the Past’ also has an Isthmian connection, as it profiles Dr Tinsley Lindley, who played for both Corinthians and Casuals. 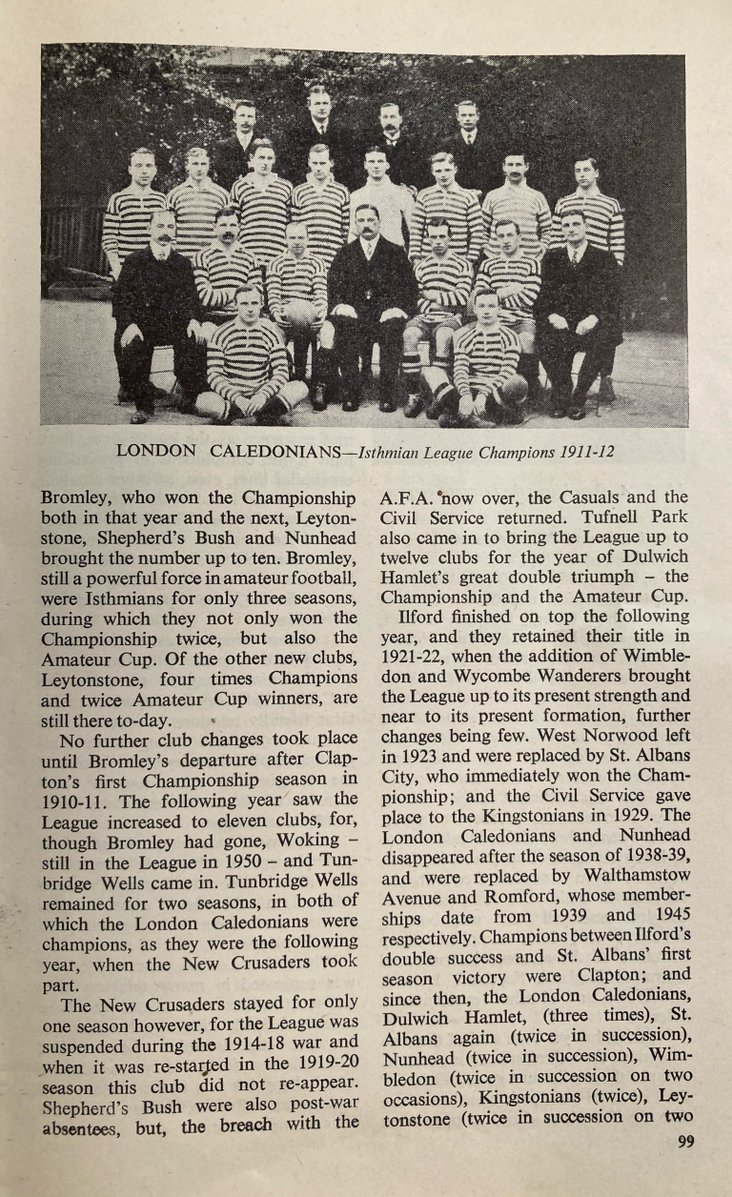 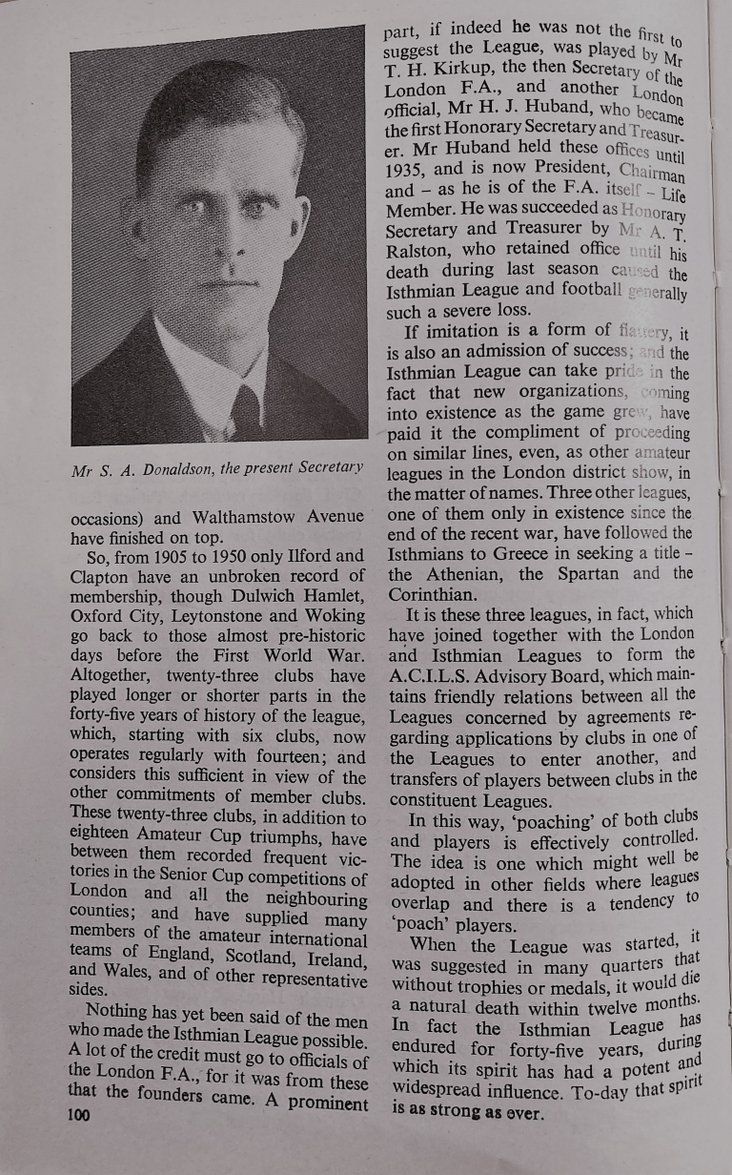 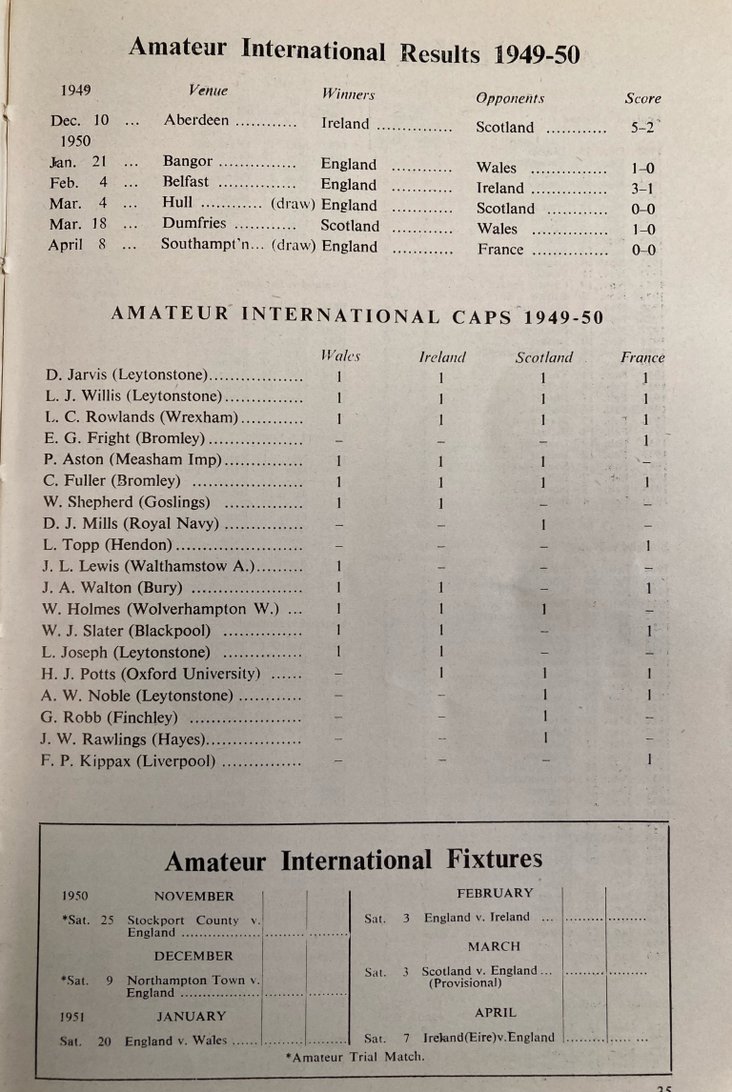 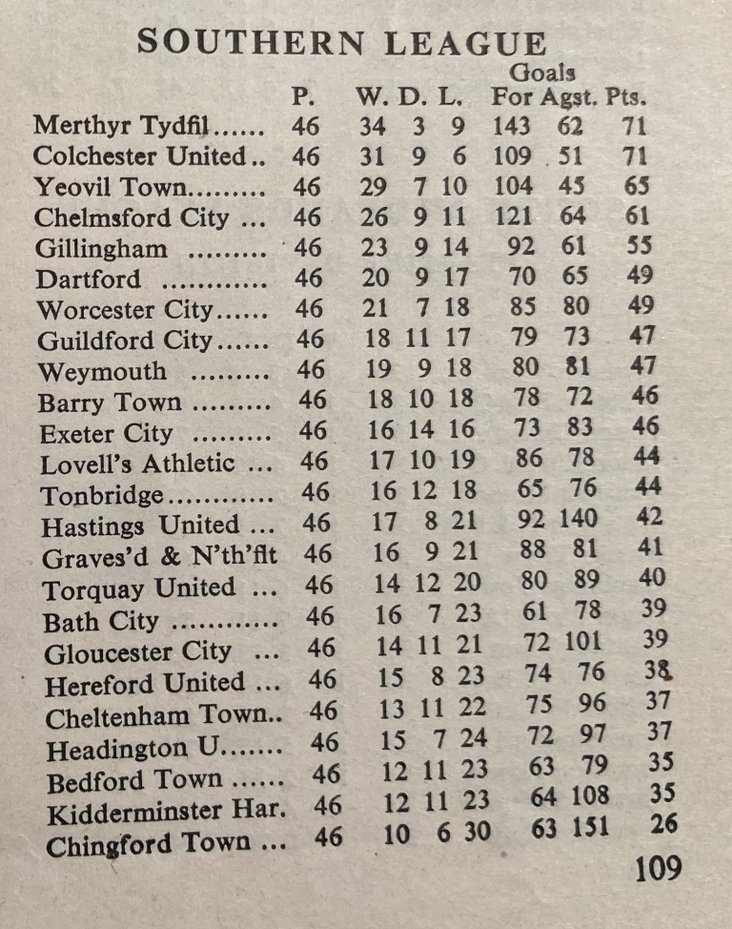 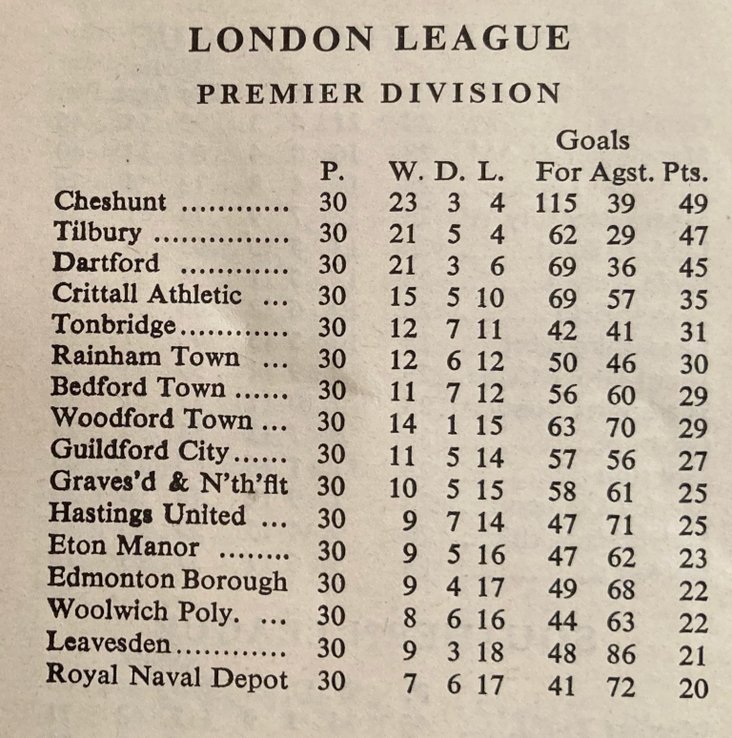 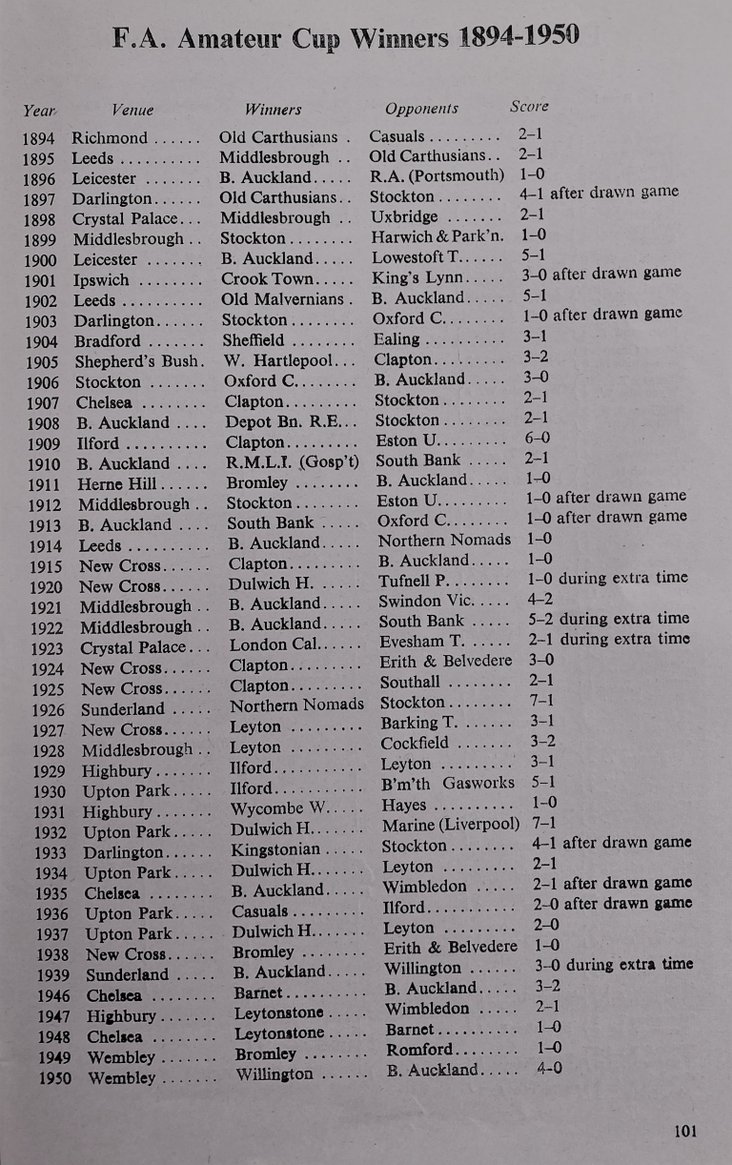 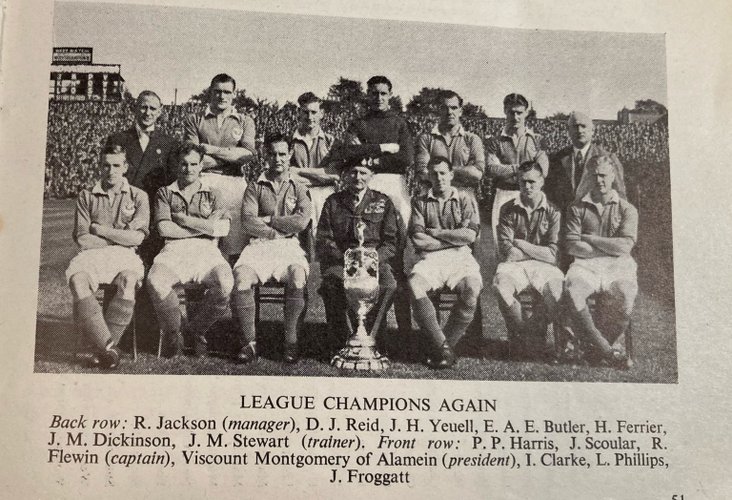 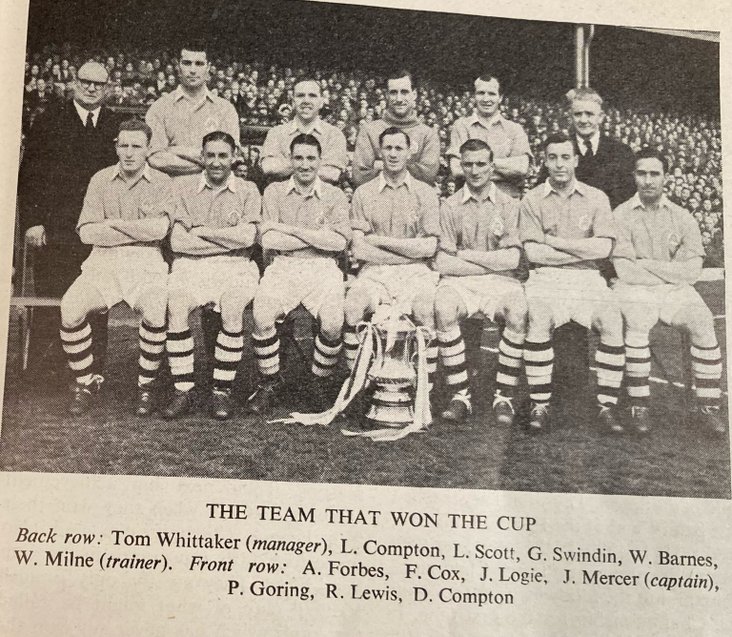 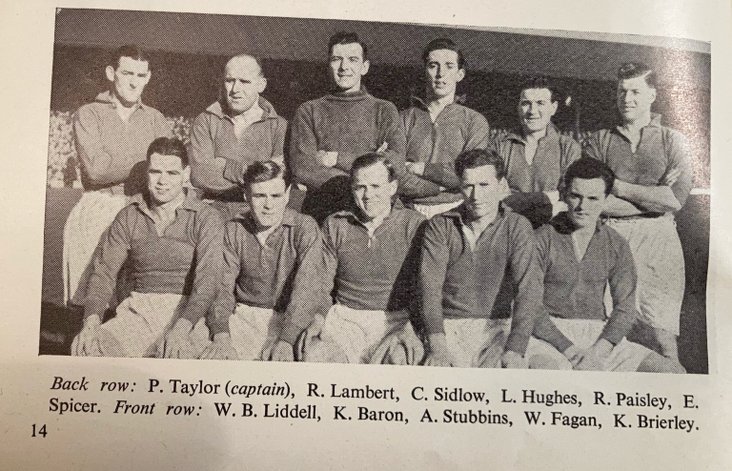  Bawling of the Borough has his sights set on Trophy glory Haringey Borough face Oxford City in the FA Trophy tomorrow. Midfielder Bobson Bawling is hoping for another glory moment.