An early start to the Bank Holiday weekend 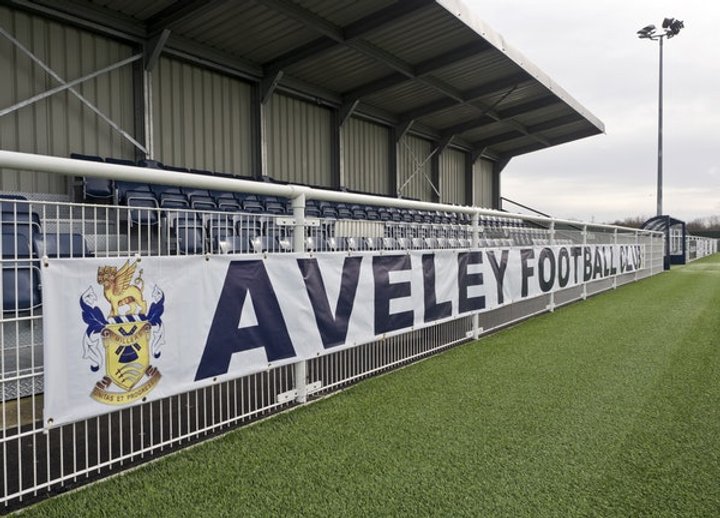 Our Pitching In Isthmian North Division weekend starts on Friday night- and we’ll be there! Here’s our preview of the Friday and Saturday action

We’ve an early start to our weekend of football as Aveley, who will be full of confidence after their FA Cup win over Maldon & Tiptree at the weekend, host Great Wakering Rovers on Friday evening. Rovers will also be full of beans after their impressive cup victory over much-fancied Heybridge Swifts made it a miserable day for the Maldon area, and we’ll be bringing you a report and more at isthmian.co.uk shortly after full time.

Cup defeats notwithstanding, Maldon & Tiptree are our favourites and top the table after that seven goal thrashing of Romford on the opening day, but they have the difficult prospect of Stowmarket Town coming to call. Town started their North Division life with a draw against Canvey Island, and last weekend walloped Witham Town four-nil in the cup, so shouldn’t be overawed by a trip to Maldon.

Barking also suffered a disappointing cup defeat last weekend, but they host a mouth-watering clash with Heybridge Swifts. The Blues looked very good when walloping Hullbridge Sports on the opening day, and in Charlie MacDonald have a striker who never ever seems to forget where the goal is- as three goals in two matches testifies. Swifts have a similarly prolific striker in the returned Alex Teniola, who has scored in both of their defeats so far, but Julian Dicks will want his defence to play more in his own image going forward.

Dereham Town will hope to shock a few people this season, and have certainly started really well, their win over swifts on the opening day followed by a Cup victory last weekend. They host Hashtag United, the visitors starting to find their feet at this level but who departed the FA Cup against our former favourites Ware- now in the Pitching In Southern League- last Saturday. We’d make a comment about Love Island or new Utd shirt sponsors UFL, but we can’t because we’re far too old and don’t understand any of this stuff!

Witham Town started the season with victory at Great Wakering Rovers before coming unstuck in big style at Stowmarket in the cup. Their visitors Tilbury had quite a different cup weekend, scoring seven, but hopefully Secretary Anthony Mercer won’t have to bring his boots and run the line this weekend.

Grays Athletic certainly didn’t impress boss Jim Cooper when bowing out of the cup on Sunday, but will hope to get back in his good books when they visit Basildon United- particularly with new defender Geoffrey Onkonkwo in the line up. The Bees did better in the cup, progressing to the next round, and after a draw on the opening day look far stronger than they have for quite a while and will be confident of victory.

Brentwood Town and AFC Sudbury are both unbeaten so far, and both progressed in the cup at the weekend so that was two one-nil wins out of two for the hosts. Town defeated Tilbury in their first league match, whilst the yellows have been impressive whilst drawing with Aveley and defeating Cockfosters, their new squad coming together quickly.

Canvey Island host Felixstowe and Walton United with both unbeaten so far. The Gulls got two in their draw at Stowmarket Town and then another two in defeating Waltham Abbey on Saturday, whilst the Seasiders put five past Southend Manor after their opening day draw with Basildon Utd. Ollie Canfer scored in seven of their eleven matches last season, and already has two goals this season, so perhaps the hosts need to keep an eye on him; whilst the Gulls pair of former Swifts, Evans Kouassi and Matt Price, have scored all of the Islanders goals between them, two each.

Coggeshall Town host Romford. The two had contrasting results in the cup last weekend, the Boro picking up a morale-boosting win after that opening day thrashing, but both are searching for a first league win and Romford already need to think about their goal difference!

Bury Town surprisingly lost their opener against Grays Athletic but bounced back for cup victory last weekend, and will look forward to welcoming a Hullbridge Sports side who have shipped six goals in their two matches so far, two of them against Step Five Walthamstow when departing the FA Cup last weekend.

Palmer to Moatside  Kyrell Palmer signs on at Merstham