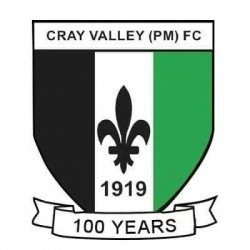 Millers bring in Dymond and Yusuff

Cray Valley PM, who were the form side in the South East Division prior to the lockdown, have shown their intent as we approach the new season by announcing the signings of Connor Dymond and Ade Yusuff.

Midfielder Connor has been our way before, having turned out for Kingstonian and Margate. He started his career with Crystal Palace and captained their Under 21 side, also having loan spells with Barnet and Newport County. He then moved on to play for Bromley, Hemel Hempstead Town and in two spells for Welling United, who he joined for the second time from Margate at the start of last season.

Ade will be quickly remembered for his time with Folkestone Invicta, for whom he was prolific, scoring twenty goals during 2018-19 and thirty the season before. He left Invicta last summer to sign for Dulwich Hamlet, and also spent some time with Tonbridge Angels last season before moving up once more to play for Dover Athletic. We're quite surprised to see him in the South East Division, but the move undoubtedly shows great ambition by the Millers.