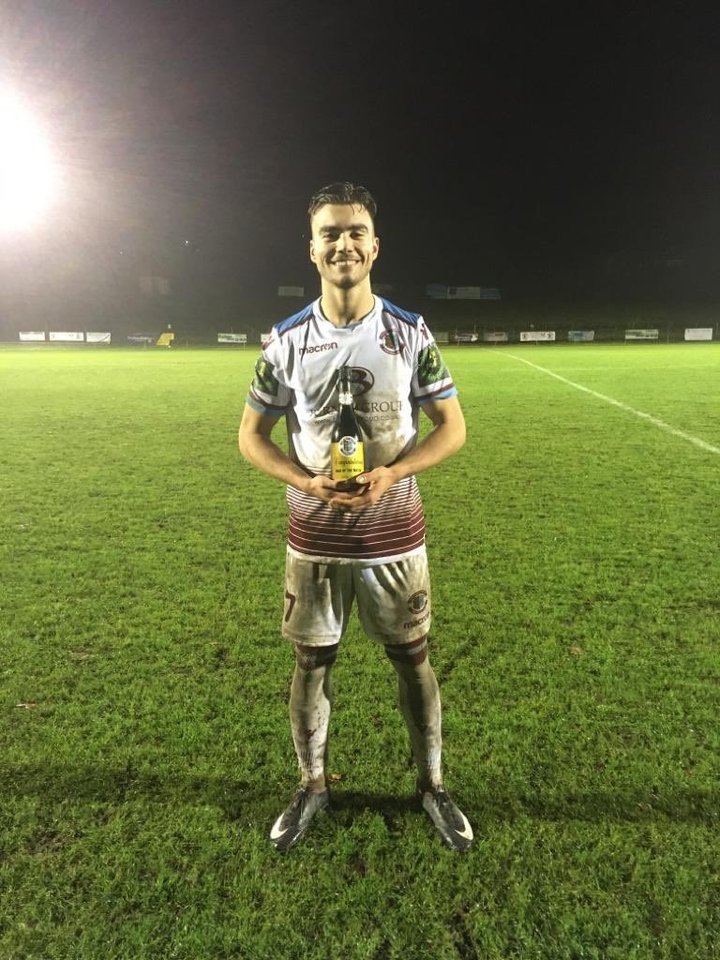 Following Benn Ward's move to Burnley recently, yesterday Hastings United confirmed that another of their young stars had stepped up to professional football, as Davide Rodari signed for League Two Crawley Town.

Rodari was thrust into the limelight when he scored eight goals in one match against East Grinstead Town in November 2019, but those in the know had already noted his potential. He made his United debut back in 2017-18 after coming through the Development Squad at Pilot Field, and went on to score sixteen goals during that campaign, then got seven in nine matches the following season. He got eighteen in twenty two games during an injury-hit 2019-20.

“I am so pleased for Davide, when he come to us from Eastbourne Borough it was always with a view of helping him become a professional footballer. Davide has worked so hard to achieve this dream and if anyone deserves it, he does. Whilst I am gutted our time together has come to an end, I am equally delighted that Hastings United has been able to help another local young man push on to a higher level.”

My First XI: Carshalton Athletic, Alan Johnstone  We’ve been asking supporters to pick the best eleven players they’ve seen play for their club. We’re off to Colston Avenue, where Alan brings us a flock of Robins.