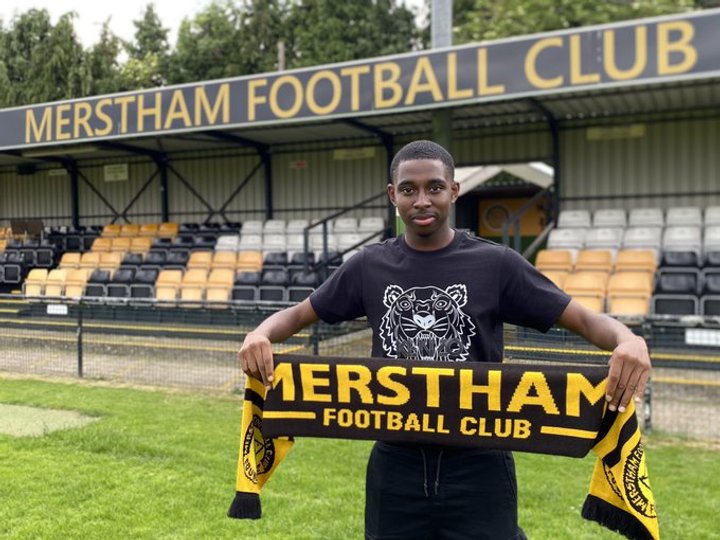 Ore Bello moves over to Moatside

Merstham boss Peter Adeniyi is making good use of his Carshalton Athletic connections, and yesterday added the signing of Ore Bello to his growing squad.

Ore came through the Academy at Colston Avenue and emerged into the first team limelight last season, making eight appearances and scoring two goals- both of them against Corinthian-Casuals, in separate matches and different competitions, so fans from Tolworth will be pleased to see the back of him, for now! The striker played against his new club in the final match of last season, starting as the Robins won two-one.