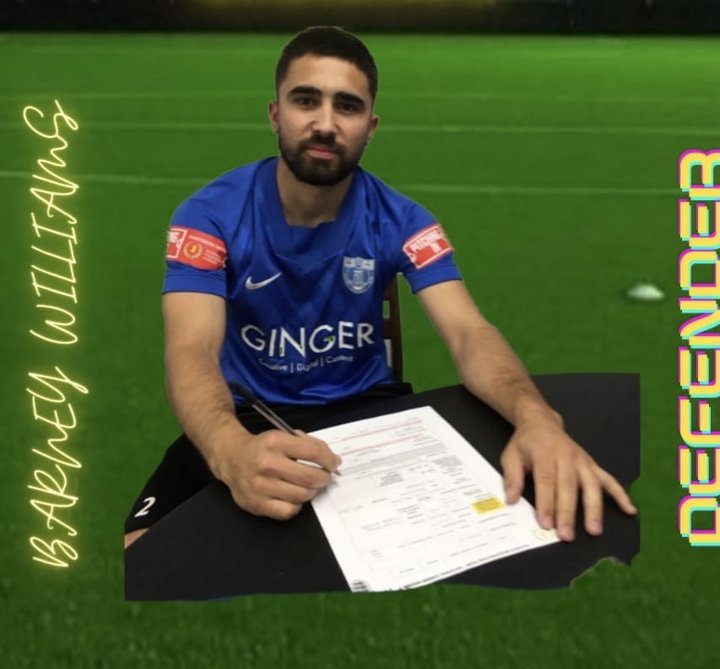 Barking have announced the signing of full back Barney Williams. Barney has played at a higher level for both Welling United and Braintree Town, but will be perhaps best known by Isthmian watchers for his time with Grays Athletic, and, most recently, with Cray Wanderers.

He was an integral member of the Wands side which reached the Fourth Qualifying Round of the FA Cup last season, as well as the Second Round of the FA Trophy, making ten appearances. That was his fourth season with the club, and he has had a large number of highs prior to that, reaching the South Division Playoff Semi-Finals in 2017-18, winning promotion the following season, and being part of the squad which was sitting in second place when the 2019-20 season was brought to a premature end.

Barney joins an impressive list of signings for the Blues, and is joined by two returning players too, as Jess Norey and Kieran Jones and Oli Pain have also signed on for the new season.

Spurs ahoy- again!  Ramsgate announce the opponents for the opening of their new 3G pitch