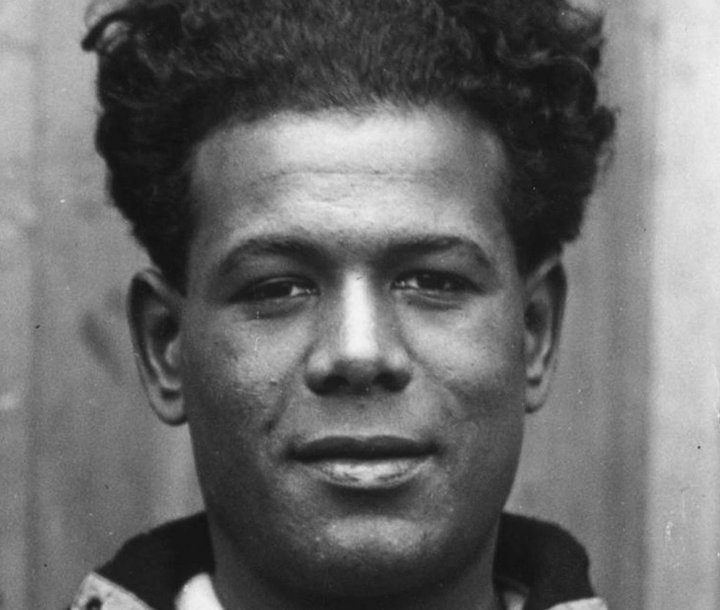 A few weeks ago we told you about a campaign to honour Jack Leslie, a Plymouth Argyle footballer who started his career at Barking and was later denied an England cap due to racism. Well the Devon Greens and the East London Blues have now joined forces to raise funds for a statue of Jack, who in retirement worked for West Ham United, to be placed outside Argyle's Home Park- and for a smaller version for Mayesbrook Park.

The story, as we told you here, is that England selectors called the then Argyle boss Bob Jack to advise of the players selection, only for his invitation to be rescinded when it was realised that he was black. Leslie would have been England's first black international- but he didn't let the snub ruin his career and became an Argyle legend, making almost four hundred appearances and scoring one hundred and thirty seven goals.

If Barking can contribute five thousand pounds to the fund raising target of one hundred thousand pounds, then the club will be named as a key contributor on the plinth, and a small version of the statue, in bronze, will be provided for the clubhouse at Mayesbrook Park. Seventy eight thousand pounds have so far been raised altogether. 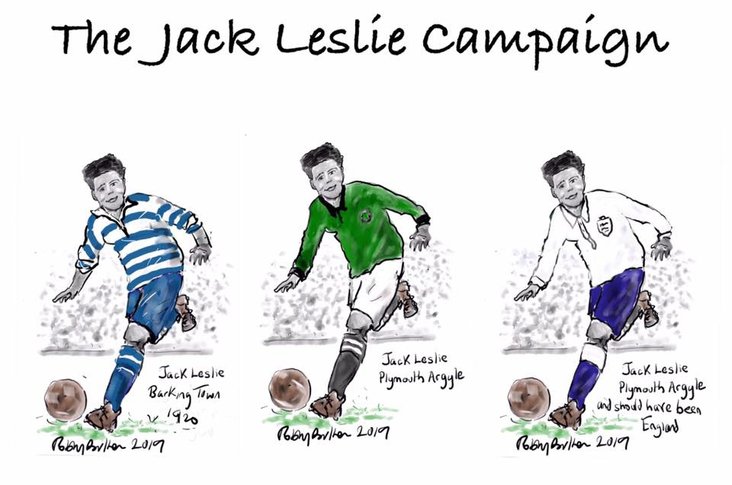 "One hundred years ago Jack Leslie played here at Barking as part of a diverse side, before going on to Plymouth Argyle. Our club in the East End of London has always celebrated diversity, both on the pitch and in our fan base. Racism and prejudice have never been tolerated here, and we were upset to hear that Jack was denied an England place due to the colour of his skin."

"We are proud of our legacy, and the players at the club from first team to youth team are really diverse. We look at ability, not colour." 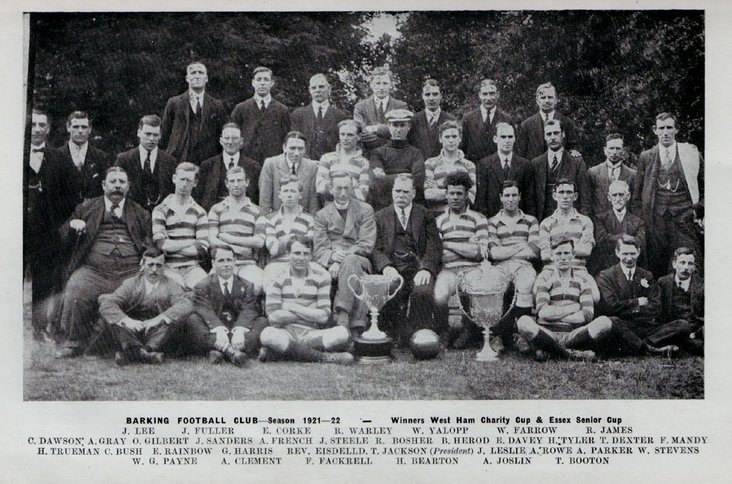 You can donate to the campaign by heading here- and when you donate, please mention Barking FC in your message. There are a number of rewards available too, including a special print from Rob Bullen of the man himself in Barking colours, which you can see above.

Bowers sign an international goalkeeper!  Johnson heads to Pitsea from the Island