Barra blows us out! 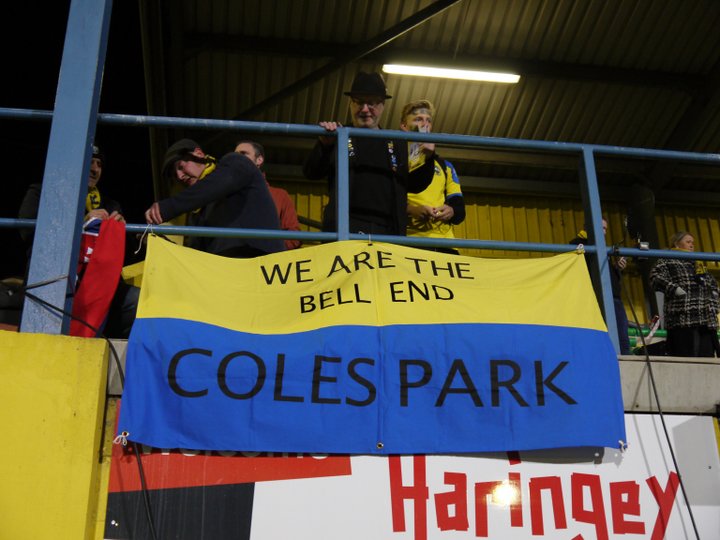 We should have had lots of matches last night. As it turned out, we had significantly fewer- but they turned up some cracking football! Here’s our round up from Premier, North and Velocity Trophy

Worthing went six points clear at the top of the Pitching In Isthmian Premier last night- but whether they consider that they gained a point or dropped two remains to be seen. The Mackerel Men were visiting our draw specialists Haringey Borough, and the hosts went ahead after just six minutes when the deadlock was broken by an own goal, and held that lead until shortly after half time. Marvin Armstrong’s third goal of the season drew the visitors level, and then almost as soon as they were level they were ahead, Joel Colbran giving them the lead just two minutes later after a well-worked set piece. They were only ahead for two minutes, however, Georgios Aresti, on from the bench just before the break, grabbing an equaliser- and Borough pushed for the lead, thwarted by a great save from Harrison Male in the away goal.

By the way, our headline image wasn't from last night- we doubt that any photography took place last night, although we're prepared to be wrong!

Bishop’s Stortford are up into fifth, two points and two places behind last night’s hosts Folkestone Invicta, following a rather damp and windswept evening on the Kent coast which earned both sides a point. The visiting Blues had to clear two Invicta chances off the line during the first half, James Cass hit the woodwork, and the weather is perhaps summed up by the fact that the Invicta cameraman abandoned his scaffolding tower to film from the back of the stand whilst the Stortford media team made this Twitter comment at the break:

A fairly even half in persistent, driving rain.
Don't want to write a longer tweet as my hands will get even colder.’

We feel your pain.

The story of the night comes from Barking. With fifteen minutes to go in the match visitors Brentwood Town were three-nil up and coasting- indeed they’d been three-nil up and coasting for most of the match, given that the two goals from Tom Richardson which sandwiched another from Ashley Nzala were all scored in the first half hour. Town surely just needed to see the game out to claim victory, but suddenly the hosting Blues sprung into life. Brentwood had recorded four clean sheets in a row and were approaching number five when Charlie Heatley got one back fifteen minutes from time, and seven minutes later Heatley had another, from the spot. They couldn’t, surely? They could. Right at the end James Folkes stepped up to make it three-three and earn the hosts an unlikely point.

Our other match that escaped the weather also had similar drama. Two early goals from Bury Town, Ryan Jolland and Taylor Hastings with those, put them in command at Great Wakering Rovers, but the hosts didn’t roll over and eleven minutes after the break Nathan Fuma reduced the deficit. Eight minutes from time they grabbed a point with an equaliser from Sonny Dutton.

We managed one match in the Velocity Trophy, and it was a big one, as Maldon and Tiptree hosted local rivals Heybridge Swifts. The match had only one goal, and it came early, Shomari Barnwell getting his sixth of the campaign in the seventh minute to ultimately hand victory to the Jammers, who progress to the Third Round.

We have a match scheduled for tonight, as Cray Wanderers host Horsham in the Pitching In Isthmian Premier Division.

 Get with the e-programme: 7th December 2021 Our five electronic programmes from last night, for a little Wednesday afternoon delight