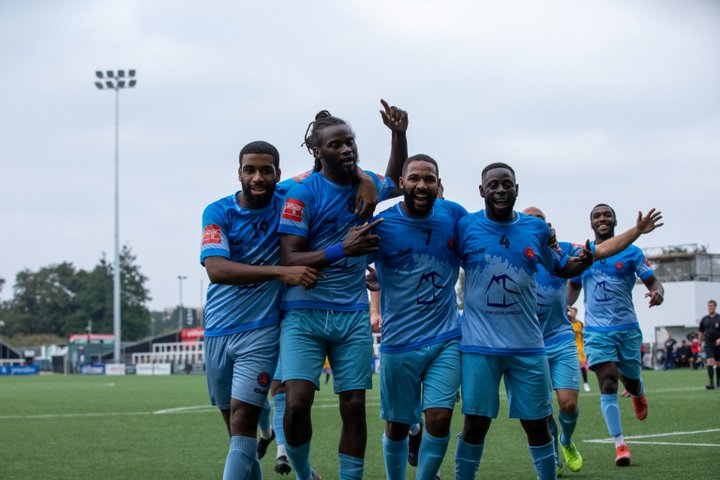 Sutton Common Rovers have announced that their FA Cup Second Qualifying Round tie with Jersey Bulls will be screened live by the BBC. It will be played on Saturday 18th September with a 1230 kick off, and will be available on the iPlayer and red button service.

Or you could just ignore the telly and head along to watch in person!

Bulls, of the Combined Counties League, walloped our very own VCD Athletic five-one in the last round, after defeating two Southern Combination Football League sides by an aggregate of fourteen goals to one in the previous two rounds. Still, our Rovers have also been giantkillers, defeating Cray Wanderers away from home to reach this stage.

 Hashtag hit the heights We had three matches last night, and Hashtag United sprung the biggest surprise. A round up and electronic programmes are here.

It's Highlights time  As we prepare for our midweek fixtures, here are some of the best bits from the weekend