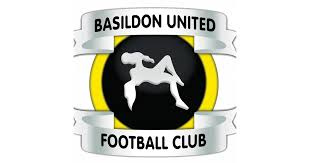 Salmon is the new man in the Basildon hot seat

Ramblers responded to the appointment with good grace, saying in a statement on Twitter:

'We would like to confirm that @alexsalmon17 has left the Ramblers and is going to @official_bufc . We would like to thank Alex and wish him the best of luck on his new job and thank him for his progression and bringing through a young and hungry team.'

Alex, a former Basildon player who also turned out for Enfield and Southend Manor, was delighted with his appointment. He told the club website:

"I am excited to be joining Basildon United at the start of this new project. I understand the local community and really buy into the club’s plans. It is part of my philosophy that I am a manager of a club and not just a first team.”

BetVictor Isthmian internal transfers w/e 12 January 2020  You already know about most of these, but here's the entire list of last week's internal moves