Between-season friendlies- a round up! 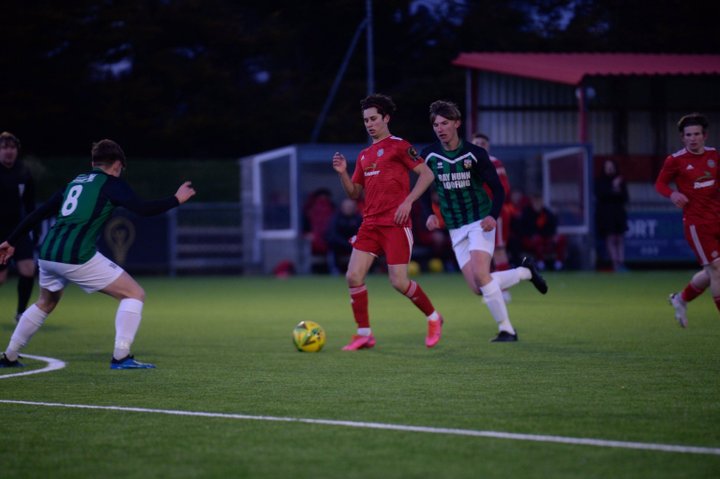 There have been a few behind closed door matches this week. Here are the outcomes we've noticed!

Pitching In Isthmian Premier favourites Worthing were back in action last night for the first time since November 3rd, as they welcomed another set of Sussex seasiders, Pagham, to Woodside Road.

The Mackerel Men continued as they left off, winning seven-nil. Jasper Pattenden got a hat trick, Toby Witham got one, Shaq Gwengue hit two, and Ricky Aguair got the other. Image above from the lens of Marcus Hoare.

Over in Norfolk, Dereham Town were in action. The opposition were Thurlow Nunn side Norwich CBS, and the Magpies fell behind early on, but hit back to win three-one with goals from Luke Johnson, Adam Hipperson and Rhys Logan.

Ashford Town travelled to Badshot Lea of the Combined Counties Premier, and left with a one-one draw. The Tangerines took the lead after nineteen minutes, but we don't know the scorer.

Finally, last Saturday Basildon United defeated Cheshunt six-two. Kamal De Bourg, Matt Bentley and a selection of trialists scored for the Bees, we don't know who replied for the Ambers. Indeed, we've only just noticed that the match took place!

If there were any more matches that we missed, feel free to let us know.

 Edwards Elucidates! Cheshunt boss Craig Edwards speaks about his plans for the new season- and the mid/pre- season period.