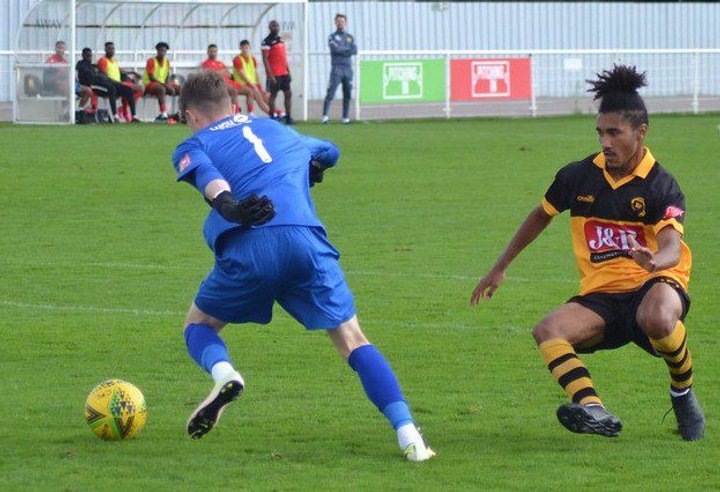 Cheshunt last night explained the new name in their squad from Saturday's defeat against Merstham, as they confirmed the arrival of Aaron Blair from Dagenham and Redbridge on loan.

Aaron has been with the Daggers since the start of this season, signing on after a trial after being spotted scoring a hundred goals in three seasons for Ongar. He came in on an innovative apprenticeship scheme.

You can watch goal one hundred below- and the finish is rather special! Hornchurch fans have already seen him score- he was the Trialist who got the second goal for the Daggers against them in pre-season.