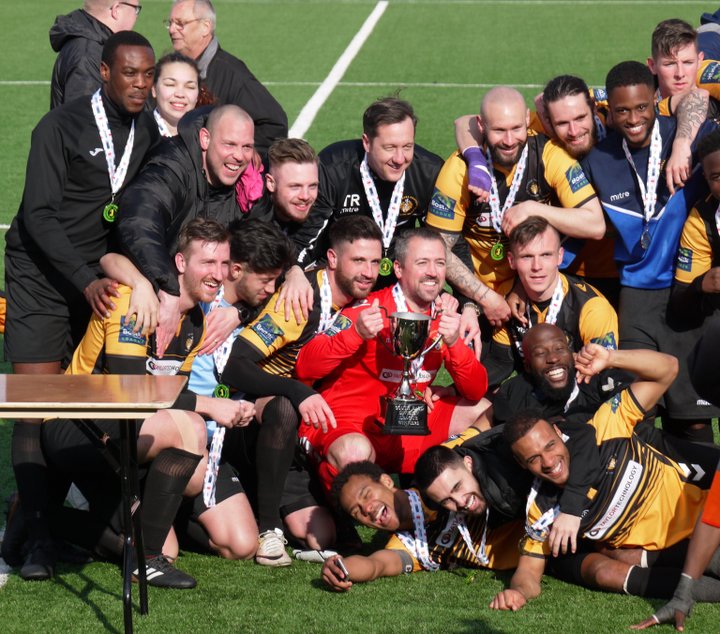 VCD Athletic have announced the return to the club of goalkeeper Nick Blue, who was last seen in the Isthmian League keeping goal for Cray Wanderers as they stormed to the South East Division title last season.

Nick was an enormous part of Wands title success, keeping fifteen clean sheets in forty appearances and delivering a number of man of the match performances. He was also a big part of their success over previous seasons, as he had been a mainstay of their squad for a number of years.

He left the club in the summer to sign for Glebe in the Southern Counties East Football League, but now returns to our fold as he signs for VCD- where he was part of the squad that won the North Division in 2013-14.

Nick is pictured above at the centre of Wands title celebrations last season.

 Best moments of the Twenty-First Century: Enfield Town Ken Brazier doesn't give us just one moment- he provides five, as he outlines the progress that the Towners have made since their formation.