Boachie at the Bar 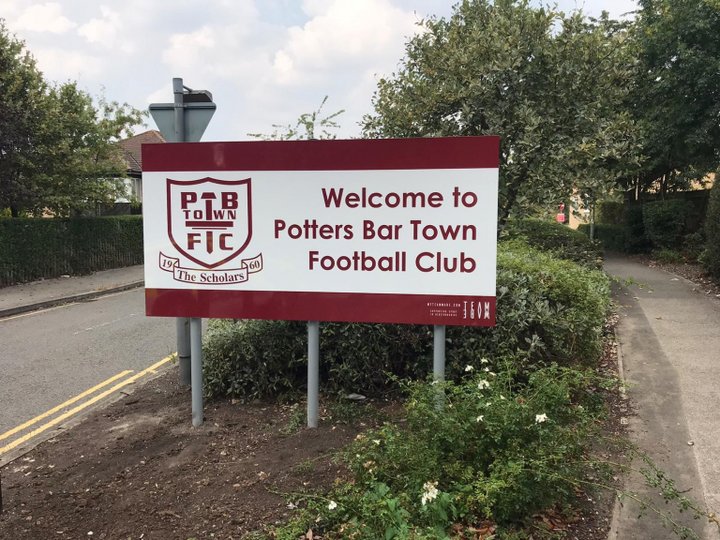 Just in case you missed it- we did- Potters Bar Town had a new name on their teamsheet as they took on Cray Wanderers at Hayes Lane on Sunday, with the signing of Concord Rangers forward Joseph Boachie on a dual-registration deal.

Joseph played seventy nine minutes before being replaced by Ben Ward-Cochrane as his new side recorded an impressive victory and moved up to thirteenth in the Pitching In Isthmian Premier Division table.

Joseph has already made four appearances for the Beachboys this season, and isn't entirely new to the Isthmian League as he also played here for Grays Athletic, moving up from the reserves to the first team in 2016 and making three appearances before the end of the 2015-16 season. He has also played for Loughborough University, Dagenham & Redbridge and Stamford. Whilst at Stamford he was named in the Evo-Stik Team of the season and had a trial with Birmingham City before injury got in the way.

 Brown-Bampoe-Barking- and Allsopp! Two Blue signings, in case you missed them