Bognor and the Blues hit their fundraising targets 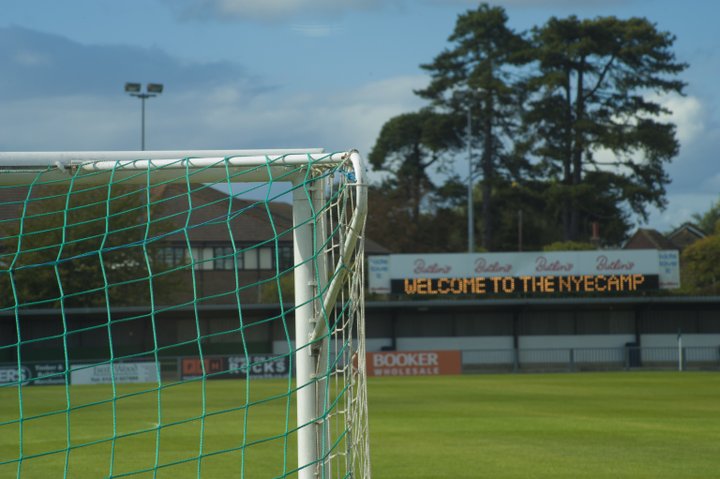 Bognor Regis Town and Wingate and Finchley yesterday confirmed that that they have met their fundraising targets. In the Rocks case that means they have managed to collect an incredible thirty thousand pounds, whilst the Blues have made ten thousand pounds.

The Rocks only launched their appeal on June 30th. They asked for thirty thousand pounds to help fund ground improvements, including a new grandstand, floodlights, a roof on the terrace by their Seasons Bar- the one erected last year was then blown away by one of our winter storms (we can't remember which one, there were so many!)- a new sound system and refurbished toilets. They didn't really expect to raise that sum in just a week, and General Manager Simon Cook expressed his amazement to the local paper:

“It’s gobsmacking to see £30,000 reached. We have the new stand being erected over the summer as well as a whole host of other refurb projects and this money will have a big impact on ensuring the ground is in excellent condition for the day we can welcome football back to our hallowed turf.

"The supporters can’t be thanked enough for what is an outstanding effort so far!”

You can read more from Simon and from Commercial Manager Dave Robinson here, and if you wish to donate you still can, by heading here- many of the packages on offer are still to be claimed. As of this morning the total raised so far stands at just over thirty three thousand pounds.

Wingate and Finchley supporters were also quick to step up, and that's similarly superb as there are fewer of them! The Blues launched their appeal a fortnight ago, looking for funds to help them sustaining their community-led football projects and improve the services they currently provide, and yesterday reached their ten thousand pound target- and you can still give to that one, too- by heading here. This morning they were up to ten thousand, three hundred and fifty eight pounds.

We'll update on the rest of our clubs ongoing crowdfunding efforts tomorrow.

Swifts secure six...  ...and appoint a new manager for their Under 23 side