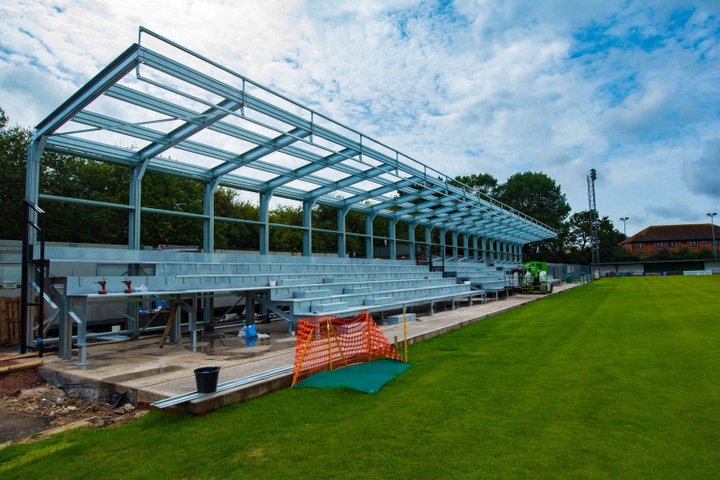 Bognor Regis Town last night confirmed that centre half Joe Cook, who had two spells with the club on loan from Havant and Waterlooville last season, has returned to the club for the new campaign- this time permanently.

Cook joined the Hawks from Winchester City, and made twenty two loan appearances last season- also weighing in with a couple of goals in the league win over Enfield Town and Sussex Senior Cup victory over Horsham YMCA.

By the way, our image is of the new main stand at Bognor, courtesy of Tommy McMillan. Hopefully we'll be sitting safely and socially-distanced in it in just a few weeks!

 Two for Gate A pair of new arrivals at Hartsdown Park