Bognor go for a Burton! 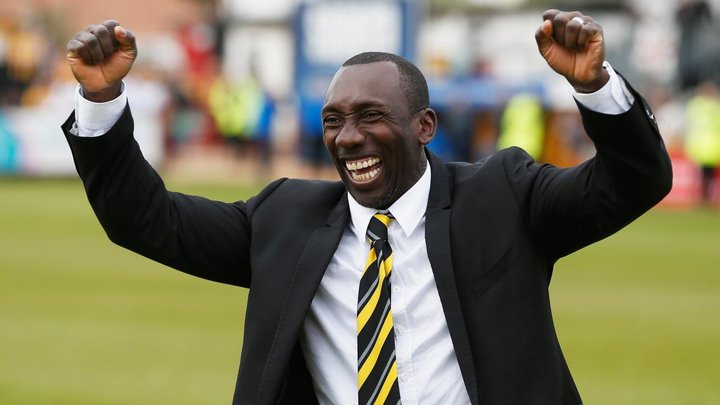 Or perhaps Burton go for a Bognor, as Jimmy Floyd Hasselbaink heads to Nyewood Lane in pre-season

Bognor Regis Town have announced a prestigious pre-season friendly which doesn't involve Spurs (see two articles from earlier this week), as they confirmed that Jimmy Floyd Hasselbaink will be bringing a strong League One Burton Albion side to Nyewood Lane on July 10th, with a 3PM kick off.

Albion finished the League One season in sixteenth place, with Jimmy Floyd returning to the club and masterminding an upturn in their fortunes, with thirteen wins and only six defeats from his twenty four matches.

We'll give you the entirety of Bognor's pre-season schedule later today.

A Pitching In Isthmian A-Z of pre-season: A  We find out what's planned for AFC Sudbury, Ashford Town, Ashford United and Aveley