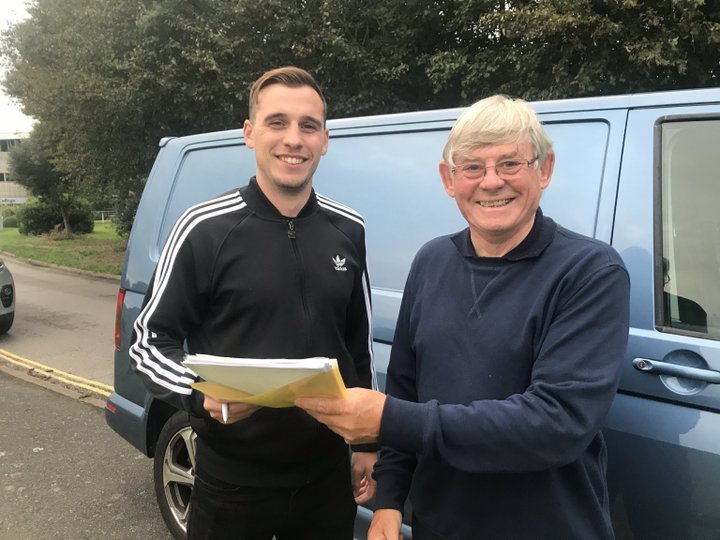 No, not that JP- another one!

Pitching In Isthmian Premier side Bognor Regis Town last night announced the signing of striker Jason Parish- and if he's anywhere near as good as the last JP to play up front for the Rocks, the faithful at Nyewood Lane will love him!

Jason moves up two steps from AFC Porchester, where he has been rather prolific during two spells. He was also prolific at Baffin Milton Rovers, also in the Wessex Premier Division, and has stepped up to a higher level previously, spending time with Gosport Borough.

He has played twice during the Rocks pre-season fixtures, scoring in matches against Selsey and Horndean.

He's pictured above, courtesy of the club, with General Manager Simon Cook. He's already picked up a knock, sadly, and if the Rocks injury crisis continues to grow- the local paper reported eight players out of eighteen injured recently- Simon might get a game too!

A pair of Hawks!  Harlow announce the arrival of an experienced professional defender, and the promotion of one of their own