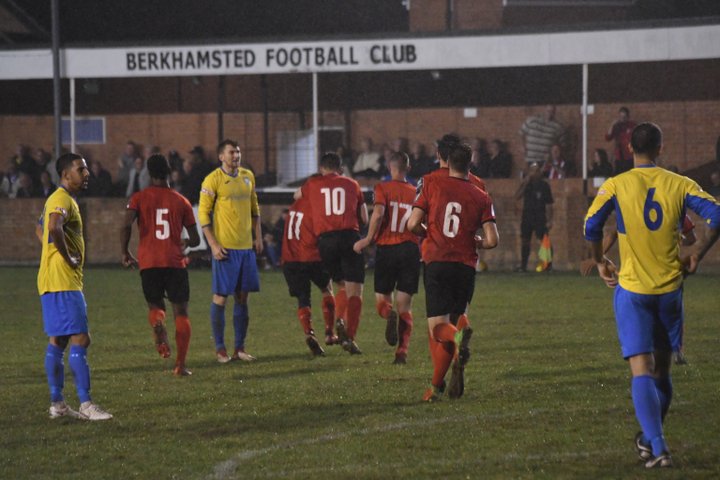 The FA Cup still matters to many many clubs. It may not matter to many of the bigger Premier League clubs who now only seem to see the UEFA Champions League as the competition worth winning, even at the expense of the Premier League title. The 2017/18 winners were Chelsea but even that couldn’t help save Antonio Conte’s job come the end of the last season. However, for the thousands of other clubs up and down the country who enter the competition, some as early as August , the FA Cup still allows the underdog to dream and a chance to have that one glorious moment in the spotlight. Also, for those clubs attracting hundreds rather than thousands through their turnstiles, the money for getting through each round can quite literally keep them going for another season.

The 2018/19 season prize money for winning in the Extra Preliminary Round was £2,250, however if you got through to the First Qualifying Round which was just two rounds later and then won your tie, you would receive £6000 into your club’s kitty. For clubs struggling to make ends meet this sort of money can change the course of their season. After the First Preliminary Round the pot then rises by £3000 to £9000 if you win through the 2nd Qualifying Round, and then it jumps to £25,000 if your make it through the Fourth and final qualifying round and into the First Round proper.

The 2016/17 season was a memorable one for everyone involved at Lincoln City, as the Lincolnshire club, then of the National League, made it all the way through to the Quarter Finals as a Non-League team- beating a Championship club in Brighton & Hove Albion (Promoted to the Premier League that season) and Premier League club Burnley along the way. The Imps are now riding high in League Two after promotion in May 2017, but for the National League Champions of 2016/17, it will be for their FA Cup heroics that they will be best remembered as the years go by.

Unfortunately, the 2017/18 FA Cup competition wasn’t a vintage one for Non-League clubs. When Southern League Premier Division side Hereford lost 2-0 at home to League One Fleetwood Town in a Second Round replay in December 2017, the loss was felt much wider than amongst the hordes who follow that phoenix club. The whole of the world of non-league football was in mourning, as not only were Hereford the last non-league club standing in the FA Cup, their defeat meant that only ‘English Football League’ and ‘Premier League’ clubs would be involved in the Third Round. This became the first season since 1950-51 that there were no non-league teams in the Third Round of the FA Cup, and was in stark contrast to the record breaking runs of Sutton United (5th Round) and Lincoln City (Quarter Finals) in the competition during the 2016/17 campaign.

Above - All data copyright @FACupFactfile

However, for Berkhamsted FC the 2017/18 FA Cup was memorable one for the Hertfordshire club as they scored 12 goals in just one match! Those twelve goals came in their Extra Preliminary Round tie away against fellow Spartan South Midland Premier Division side Stotfold. That 12-1 win is the largest margin of victory away from home in the FA Cup in the 21st Century too!

Above - All data copyright @FACupFactfile

In the following round, the Preliminary Round, they scored another three past Crawley Green Sports in a 3-2 win to advance to the First Preliminary Round where Southern Premier League Slough Town proved a step too far. A 3-1 defeat at home was certainly no disgrace for the Comrades.

The current Berkhamsted were only formed back in 2009 when Berkhamsted Town folded due to mounting debts. The Hertfordshire club were reformed by supporters and started again in the South Spartans Midland League Division One, the 10th tier of English Football. The club that had been playing under the Town name had risen from the local Western Herts League to the Isthmian League Division One by 1992 after forming in 1919. Then in 2001 their finest moment in their history came when they made it all the way to the FA Vase final. The match was played at Villa Park in front of nearly 9000 fans but the dream ending never happened as Taunton Town ran out 2-1 winners. After such an amazing run it was huge disappointment for everyone involved in the club but worse was to follow as within five years the club was crippling under the weight of its debts. They somehow managed to stumble on for a number of years but had by now moved across to the Southern League and its feeder divisions. In 2009 the axe finally fell and Berkhamsted Town were no more.

The newly formed club continued to play at Broadwater, the Town’s home for over 90 years, and this was key to the club rising back through the pyramid. The Spartans South Midland League Division Two title was lifted in their very first season(2009/10) and then the following year they were Champions of the SSML Division One. After two straight promotions ,the Comrades were in the Premier section by 2011 but they didn’t have things all their own way once they were there. It took them six seasons but promotion was eventually achieved at the end of last season which saw the club back in the Southern League set up.

After the of the Non-League Pyramid this summer that meant a place in the Central Section of the South Division. However, before the league campaign got underway this season, first up was an Extra Preliminary Round tie against near-neighbours Tring Athletic of the Spartans South Midland League Premier Division. A 2-0 win for the Comrades sent them through to set up a Preliminary Round tie against Thame United. The League programme then got under way a week after the tie against Tring with Peterborough Sports the visitors to Broadwater on match day one. A single goal was enough to give the visitors the three points, but a week later the Comrades found their goal scoring boots and won 4-2 away at Dunstable Town. Next up came the FA Cup tie away at Thame and another 2-0 win was achieved on the road. The draw paired the Comrades with Coggeshall Town of the Bostik North Division.

Coggeshall Town were formed way back in 1878, but this season they finally made their debut in the World’s most famous Cup competition! That fourteen decade wait for the Essex club is now officially the longest any club has gone from formation to playing in the FA Cup, bypassing the 137 year-long wait of Brading Town from the Isle of Wight back in the 2008-09 season.

The two sides met at West Street, Coggeshall’s home, on the 8th September with the game ending in a 1-1 draw. That meant a replay back at Broadwater.

In early September you can generally expect the weather to be quite mild and reasonably warm but not on this occasion. A dark black cloud had gathered over much of this part of Hertfordshire in the hour before kick off, and by the time the two teams took to the field the heavens had opened and the rain was coming down. Eventually, the rain slowed to a light drizzle but by now the surface was very wet and slick.

Coggeshall Town, nicknamed the Seed Growers, were promoted from the Eastern Counties Premier League at the end of the 2017/18 season and are currently enjoying their first ever season in the ninth tier of English Football. They had begun the season at the the higher level with a draw and defeat in the first two league games, before needing a replay to knock out fellow Bostik North side Witham Town in their first ever tie in the FA Cup in the Preliminary Round. The first game ended 0-0 at West Street, but the replay was won 3-1 by Seed Growers. In between the two ties, Coggeshall had won 2-0 at home in the League against Witham and 3-1 away at Soham Town Rangers.

That set up the tie against Berkhamsted.

In the wet conditions, both sides tried to get the ball down and play and they were both rewarded with a goal within the first fifteen minutes of the contest. The visitors Coggeshall took the lead in the 12th minute through Ross Wall who managed to find the net from a tight angle with a well-placed lob at the canal end of the ground. Within a minute the home side was back on level terms when Courtney Massey equalised with a well-placed shot that skimmed off the wet surface and into the back of the net. It was a lively start to the game and both sides continued to attack each other as the half wore on. The next big moment of the game came in the 38th minute. Coggeshall’s Curtis Haynes-Brown getting himself sent off after a feisty tackle had the referee reaching for his red card.

Now down to ten men you would expect the away side to drop deep and look to counter where possible. That’s exactly what Coggeshall did with the threat of Ross Wall always looking to cause the Berkhamsted back line headaches. HT 1-1

The wet and windy weather continued as the second half got under way and it was the wet pitch that helped the visitors re-establish their lead seven minutes into the second half. A low shot from the edge area by Ross Wall somehow got past the goalkeeper who made a real hash of trying to save it. The home side made a couple of subs to attempt to swing the tie back in favour by the visitors defended for their lives in the last twenty minutes and blocked a number of shots fired at their goal. They also still remained a threat on the break and had a couple of attempts to wrap up the tie.

As the game entered injury time Berkhamsted were awarded a dangerous free kick right on the edge of the area. The Coggeshall wall however stood firm and the ball was cleared away from danger. The whistle blew a few minutes later to signal the end of proceedings. The ten men of Coggeshall embraced each other on a job well done whilst there was a classy touch from the Berkhamsted tannoy announcer who wished the visitors the best of luck in the next round.

Coggeshall will now play Walton Casuals of the Southern Premier League at home in the 2nd Qualifying Round. The Casuals themselves winning a replay on the same night 3-0 at home against Beckenham Town. As for Berkhamsted they now have just the league and FA Trophy to concentrate on. They gave it their all on the night but in Cup football sometimes you need that little bit of luck.

Read more from Daniel at his own website, here.

 Hayes get six, we have two nine goal Kentish derbies, and Sudbury shock the Rocks! We had a big programme of FA Cup and League fixtures last night. Here- minute by minute- is how the evening unfolded.