Bostik Manager of the Month Awards- sponsored by Anderson Travel 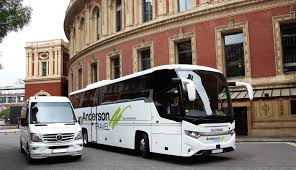 Who won our October Manager of the Month Awards? Read on to find out!

The winners of the October Manager of the Month Awards- sponsored by the fabulous folk at Anderson Travel- have just been announced. Here they are:

After a traumatic September, Heybridge Swifts had a magnificent October under new manager Julian Dicks, winning every match. Mildenhall Town, Bury Town, Brentwood Town and Felixstowe & Walton United took on the side from Scraley Road, and each one left their encounter with nothing to show for it.

Congratulations to the Terminator, for making management look easy. We suspect it might get more difficult at some point!

Three League matches, three victories, fifteen goals scored, one conceded. That was the October of Hayes & Yeading United. Did we mention they also won in the Velocity Trophy and twice in the FA Trophy too- with two of these opponents from a higher level? Stand up and take a bow Paul Hughes, your award is thoroughly deserved.

It’s a marvellous time to be a Horsham fan. With a new ground being constructed and a team that never knows when it’s beaten, Dominic Di Paola’s men have come from behind to win so many times this season that opponents might think they are better off giving the Hornets a goal start! October saw them play three league matches, winning two and drawing one, but it also saw them win two matches in the FA Trophy- one of them against Premier Division Corinthian-Casuals- and take higher level Poole Town to a replay in the FA Cup. Congratulations Dom!

 Supreme Engraving Awards UK- Performance of the Month, October 2018 October was a marvellous month in the Bostik League, filled with goals and drama- but who won our awards for outstanding performance?

All change at Whitehawk!  The Enclosed Ground saw a large number of comings and goings last week