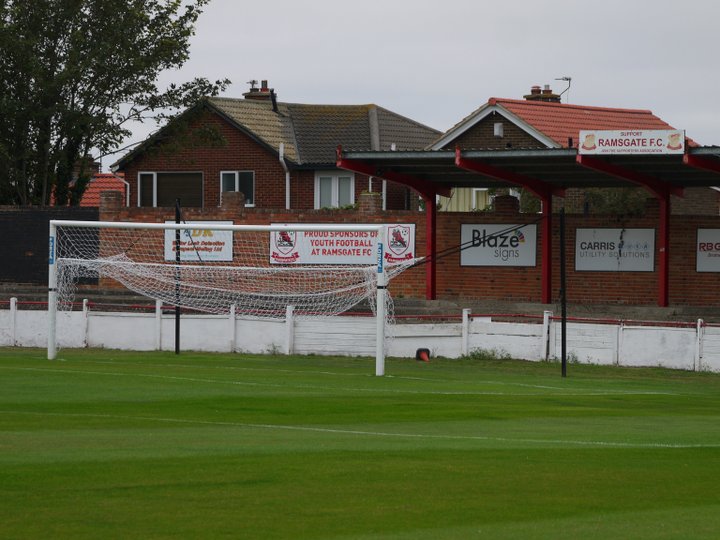 Finance Director and Company Secretary Paul steps down to focus on being a spectator!

Paul Bowden-Brown has stood down from his position of Finance Director & Company Secretary at Ramsgate FC.

Paul joined The Rams in 2018 as Chairman, at the same time becoming their Finance Director and Company Secretary for both the club and their CIC companies.

Having reached the ripe old age of 74, Paul was very keen to ensure that he enjoyed and organised his remaining years enjoying the sport that he loves and has been a great part of his life within Non-League football for over 41 years.

He wanted to be free to revisit many other clubs and friends around the South East whether it be on a Saturday or mid-week game. Therefore, after considerable thought and long discussions with the Shareholder, the former Maidstone United Chairman decided it was the right time to stand down and resign his formal roles at Ramsgate FC.

“I wish nothing but the very best for Ramsgate FC and it’s true and valued supporters. The club is being directed under the excellent leadership of Richard Lawson Shareholder and James Lawson Chairman.” Paul said.

“With the new 3G Project at Southwood that started last week, it will certainly make the club financially sustainable and a greater hub of the local Community.”

“Since joining in 2018 I have had a great personal respect for the supporters of this fine old football club, and I hope that remains reciprocated between us.”

“They deserve every success that comes their way for their tireless commitment to their beloved Southwood.”

In the meantime, following the request from a veteran Maidstone supporter, Paul will work on penning a book that uncovers the true facts of his time within the sport, especially his journey he had with the supporters of MUFC since 1992.

Richard Lawson: “The club would like to thank Paul for his valuable contribution to the club throughout the most uncertain times football clubs have ever faced.”

“His many years of experience will be greatly missed and we wish him well for the future and look forward to seeing his book for sale in the club shop.”