Can the Abbotts get back to winning ways? 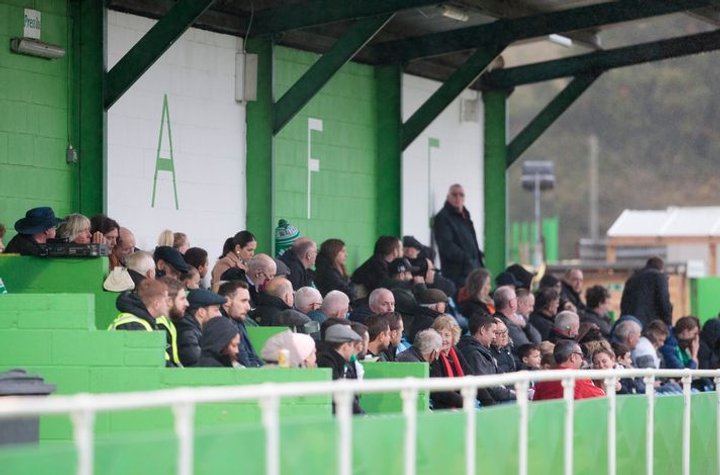 Only one of our South Central top six is in action, so Waltham Abbey could extend their lead. But we've no shortage of excitement. Here's our preview.

Only one of the top six in the Pitching In Isthmian South Central Division are in league action tomorrow, and it just so happens that the side in question are our leaders, Waltham Abbey. The Abbotts lost their first league game of the season in midweek, crashing to a three-nil defeat at Barking, and will hope to bounce straight back at Westfield arrive at Capershotts. Field started the campaign well, but the wheels have come off of late, and they are currently five games without a win- and have conceded fifteen goals during that sequence. Image from Mandy Davies.

If the Abbotts were to lose, then Staines Town could mathematically replace them at the top- although they’d need to make up a goal difference of eight goals for that to happen, so are probably more likely to end up second. The Swans host FC Romania in what last season would have been a relegation battle but this season looks far more promising, the hosts having lost only one of their last five, and the travelling Wolves coming into this match on the back of an impressive midweek win at Hanwell Town.

The Geordies have gone rather off the boil of late, perhaps resembling Sunderland rather than Newcastle. Without a win in four matches they travel to Chipstead, their hosts undefeated in three and having scored three goals in both of their last two matches.

South Park, who start the day third from bottom, have added a Worthing defender to their squad for the visit of Bedfont Sports. They don’t have a win in five matches despite the form of forward Leon Lalor-Dell, who has eight for the season; whilst Sports, who saw a run of two consecutive wins come to an end against Tooting on Tuesday night, will look to get back to winning ways.

Finally rock bottom Harlow Town host Chalfont St Peter desperate for a result which might kick start their season. The Hawks have lost eight consecutive games in all competitions, that run continuing with a six-one walloping by Ware in midweek. The Saints have won two of their last five, and followed their impressive win over Hanwell Town last Saturday with defeat against Hertford Town in midweek. Perhaps their third game against an HT this week might give them a draw to complete that set!

 A slimmed-down South East Saturday! We have only three matches, but three of the top seven look to make gains on absent Hastings. It’s our preview.

Dockers look to extend their lead  We've a number of North Division sides in Trophy action, but what we have left looks enthralling- particularly the arrival of Soham Town Rangers at Chadfields.