Can the Moles dig themselves out of a hole? 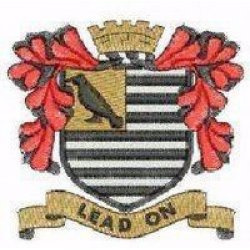 Find out tonight as Molesey take on Chalfont St Peter and look to give themselves hope!

Molesey will take on Chalfont St Peter at Walton Road tonight hoping to put their game in hand over third bottom South Park to good use. A win will take them to within one point of the Sparks, and give them encouragement that they can escape the drop, whilst defeat will leave them four points behind their rivals and firmly occupying that last relegation spot with only three matches remaining.

The Moles, who have won only one of their last six, find their opponents in good form, the Saints having won their last two matches- and indeed with four victories from their last six games.

After tonight, Molesey entertain Champions Hayes & Yeading United on Saturday and will be hoping that the opposition are already mentally on the beach, before rounding off their campaign with a trip to Chipstead and a home fixture against Northwood. South Park’s three remaining matches sees them travel to Marlow, host Tooting & Mitcham United and on the last day take a trip around the M25 to Waltham Abbey.

Fourth bottom Hertford Town, who are a point ahead of the Sparks, have away games at Hanwell Town and Bedfont Sports to look forward to, along with a home match against promotion-chasing Cheshunt on Easter Monday.