Charman confirms for the Hornets 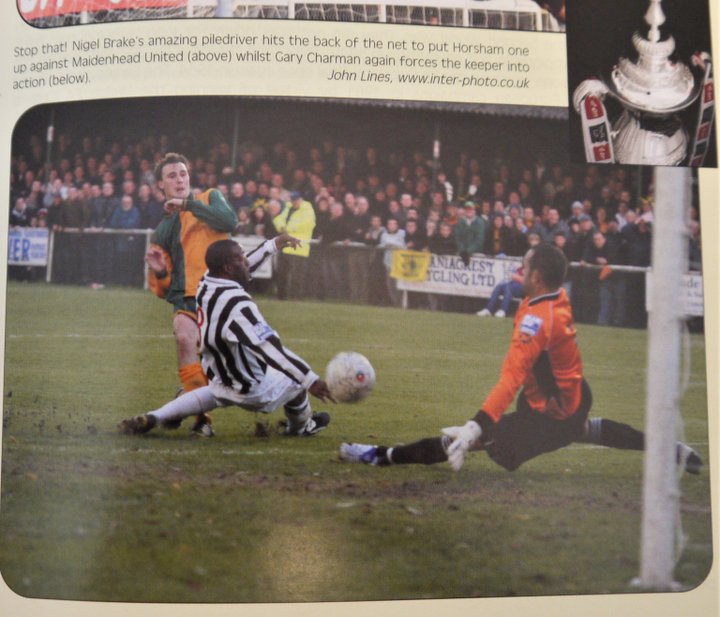 Gary Charman is already in his fourth spell with Horsham, and on the cusp of becoming the club's record appearance holder- and today he announced that he's staying on for at least one more season. The Hornets legend explained on social media:

"I’m pleased to say that after a short call with manager Dom Di Paola I have agreed to play another season with Horsham FC I feel lucky and honoured to be asked to be a part of an incredible club with so much quality."

By our calculations he'll need six more appearances in that yellow jersey to break Mark Stepney's record of six hundred and fourteen (although we're sure the club has a much better mathematician). We expected him to break it last season, but he managed to play only four times.

He made his senior Hornets debut back in 1998, and is also a legend at Bognor Regis Town. His other clubs are Walton & Hersham, Lewes and Eastbourne Borough.

Our images comes from a matchday programme from 30 November 2007, when Gary was turning out for the club against Swansea City in the FA Cup!