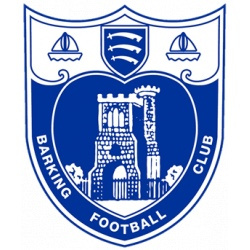 Jay signs on at Barking

Barking have pulled off something of a transfer coup with the signing of Cray Wanderers legend Jay Leader.

Jay started his career with Dagenham and Redbridge, before becoming a fans favourite at Aveley. The defender then moved on to play for Grays Athletic, before leaving the club- paying his release fee out of his own pocket- to join Wands at the start of 2016.

He became something of a legend at Cray, remaining for more than five years- playing, if our maths are correct (and we ran out of fingers and toes quite early in our calculations) one hundred and seventy eight times, scoring fifteen goals, the first coming against Chipstead in a two-two draw on February 25th 2017, the last in the six-nil win over Merstham in October last year. We're sure he'd have managed well over two hundred appearances had the last two seasons not crashed and burned, but he will be particularly remembered for his role in Wands 2018-19 promotion, and the glory that has followed during the last two incomplete campaigns.