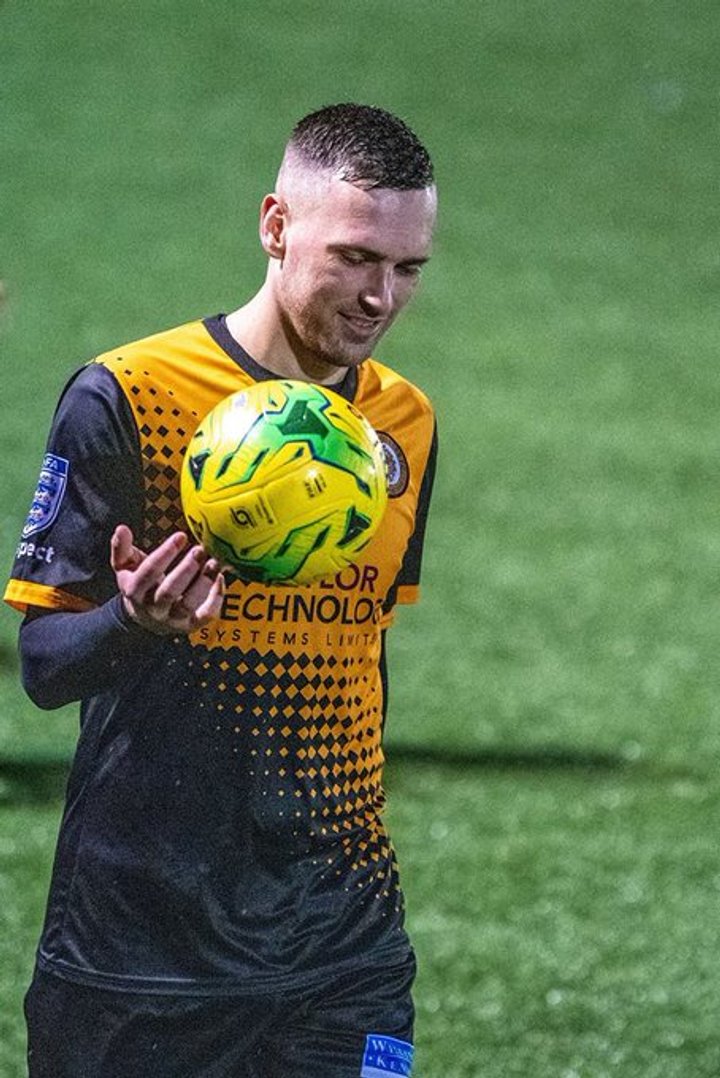 Striker Taylor to remain with the Wands

Cray Wanderers boss Tony Russell tends to keep news of signings close to his chest in the run up to a new season, but he did announce one last night- and Wands fans will be delighted, as he confirmed that striker Joe Taylor will be pulling on his shooting boots once more for the 2020-21 season.

Joe, who was recently voted Buildbase Isthmian Premier Player of the Year in the National Game Awards- read more in the Non League Paper from Sunday 21st June- scored twenty six league goals last season to become the Premier Division's top scorer, as Wands climbed to second place before the shutdown. With another six in cup competitions he might have got to forty had the season continued! Add those goals to the twelve in twenty one matches he notched as Wands won the South East Division title in 2018-19 and it isn't difficult to see why he is in such demand. 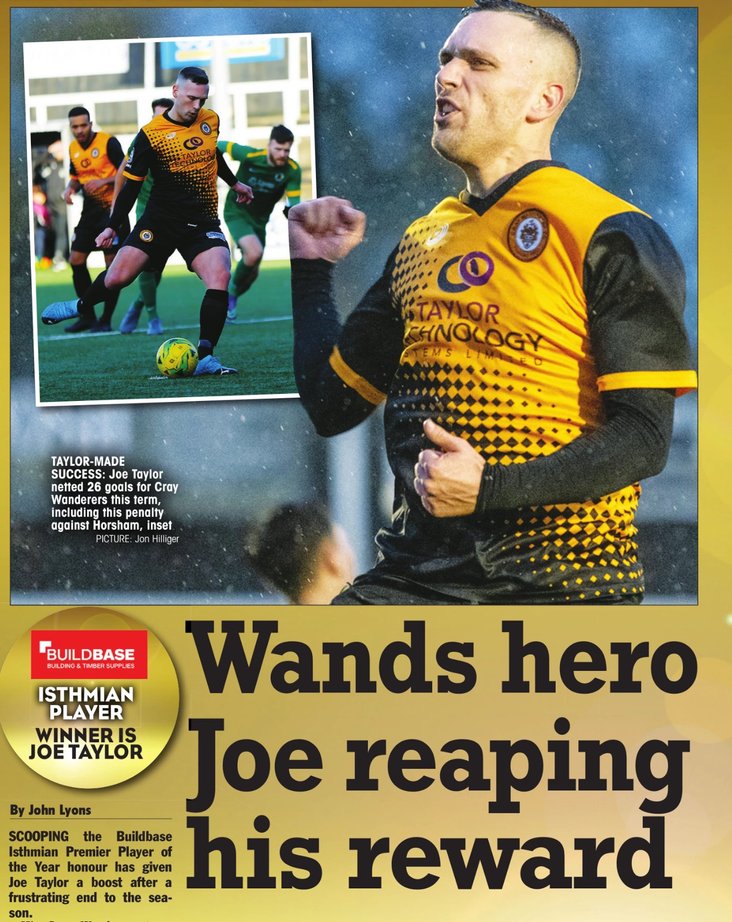 "His goalscoring record is second to none, but it's not just his goals, it's also his work-rate. He leads the line and links the play. His attitude is fantastic."

"Really happy to be signing again. Great time to be at the club, buzzing for next season, let’s go!"

 A Margate trio Three return to Hartsdown Park, as Saunders begins putting his 2020-21 squad together