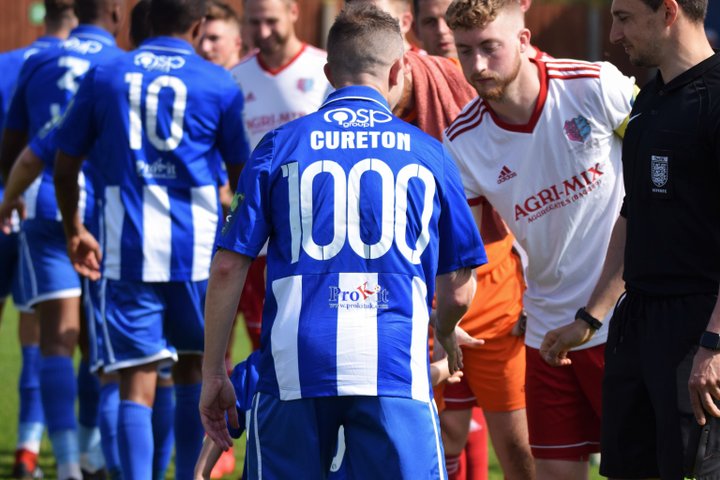 Blues co-manager Jamie Cureton has scored for every club on that extensive list during a stellar career, and on Monday against Brightlingsea Regent he got two more, whilst celebrating his one thousandth match in a career that is approaching twenty six years, and shows no sign of stopping. He celebrated the milestone whilst wearing a shirt emblazoned with the number 1000, after the league gave permission for his incredible achievement to be marked in this way.

Congratulations Jamie, and many thanks to Stortford for the images.