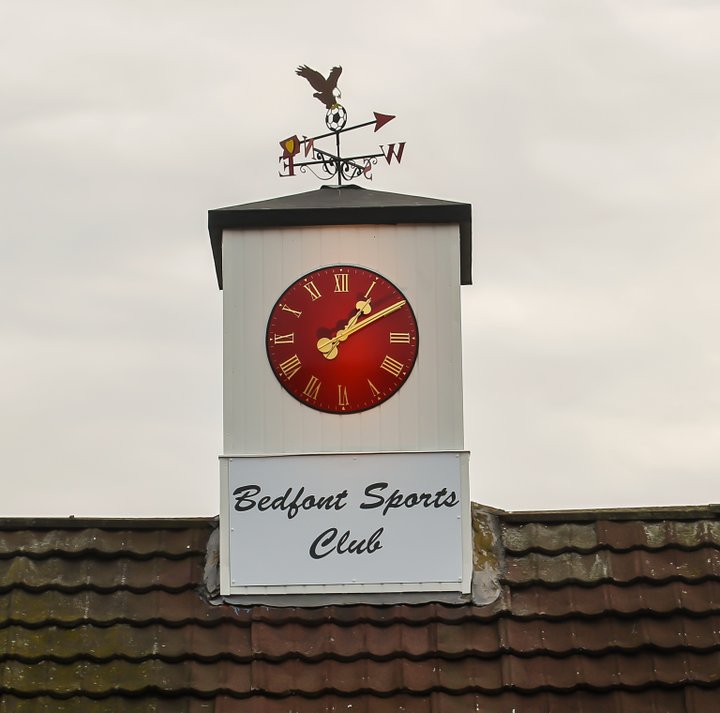 At the end of November we mourned the passing of Dave Reader- Mr Bedfont Sports- and in doing so used an image of the clock tower at the club; a clock tower which we always thought was rather striking but which was missing a vital component- a clock! What we didn't know was that our regular use of this image had made the tower a pressing topic of conversation at the club. It was the only part of the pavilion which hadn't been restored, and we kept inadvertently reminding them of that!

Accordingly in October Dave and the team at Sports decided that the time was right- and perhaps more importantly at such a well-run club, that the funds were available- for the clock tower to gain its crowning glory, and approached Hawkins Clocks for help. After a concerted effort from all concerned- which involved not only the installation of the timepiece but a full refurbishment of the structure and its adornment, a weathervane- yesterday the clock was finally unveiled, and we think you'll agree that it looks fabulous.

We'll leave the last words for Terry Reader, with a promise that we'll now use the new image: 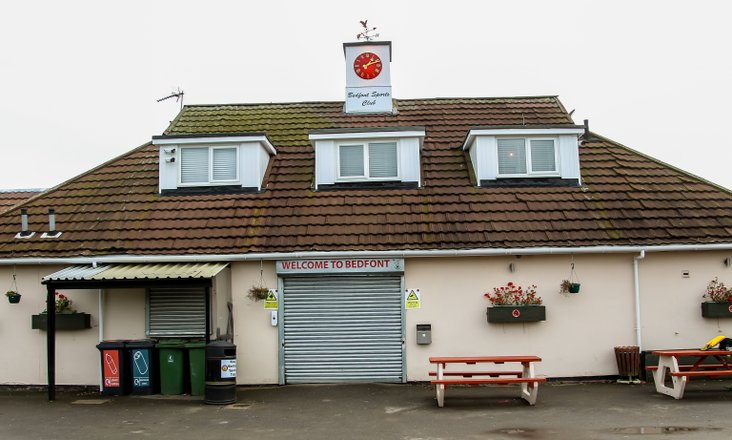 "This week we finally had delivery of our new clock and the last thing that needed to be sorted from when we took over the old building is now completed. Its fitting that Dave's last gift to his community was the clocktower, which now sits proud on the roof of our club, and can be seen for miles around. I'm heartbroken he never got to see it as it was something he always wanted to have sitting proudly on the roof, but to know it's now completed after he started the work on it before he passed away gives me a great sense of pride, and will be a little reminder of everything Dad achieved in such a short space of time.

We hope our friends at the Isthmian League can see to it that they might use the new picture moving forward!"