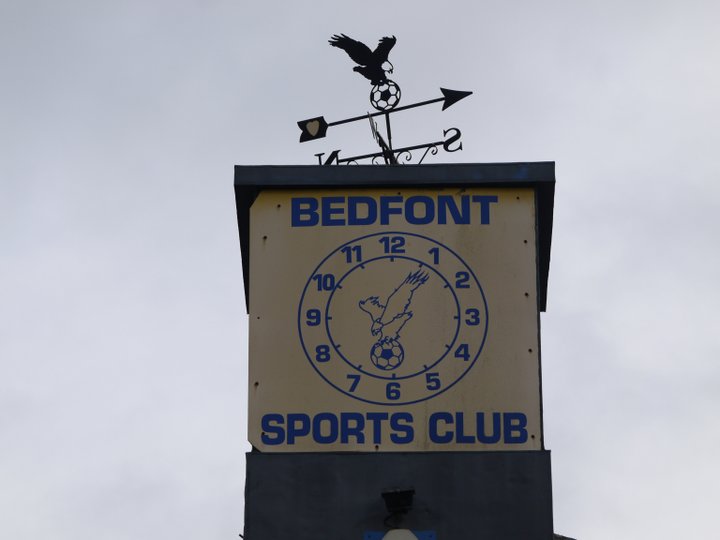 Our condolences to all at Bedfont Sports

Bedfont Sports this morning announced the passing of their inspirational chairman, David Reader.

David was not just the chairman of a football club, he was the driving force behind much that was good in his community, and a deserved winner of the BBC Get Inspired Unsung Hero Award for London in 2017, as well as a Middlesex FA Community Award. You can read more about his work here- but we thought we'd leave you with our impressions from a visit to the club at the end of 2018 for a match against Ashford Town, as they go some way towards summing up the efforts of the man.

'Before todays match, Chairman Dave was delighted to offer a guided tour of the facilities. He was proud of what had been achieved here- and justifiably so. His pride wasn’t just centred on the physical structure, however, but on the value of the club to the community. A gym, a training centre for local boxers, a fabulous bar and function room offering a meeting place throughout the week for community groups and the elderly; this wasn’t just a football club, it was, to all intents and purposes, a community centre. As he outlined his plans to do even more- more construction, more expansion, his passion was quite clear, and indeed, rather inspirational. It was a determination which had also infected those around him.

If football truly is the people’s game, then perhaps we should be rather less obsessed with the numbers who watch it, and more with the numbers who play it. The growth of Bedfont Sports, and the endeavour that has brought about that growth, has happened on the back of a wish to serve the community, to grow the game, and to give both children and adults the opportunity to pull on a pair of boots, get some exercise, and have a good time.

Bedfont Sports are unlikely to win the Isthmian South Central Division this season. They might not win it next season, either- and indeed, given the resources they have to invest in their first team, if they ever win it then that success will be both unexpected and thrilling. But a visit to Hatton Road proves conclusively that there are other- and better- ways to measure success.'

Our love goes to David's family and friends, to all at Bedfont Sports, and to all in the local community who will be devastated at his loss.