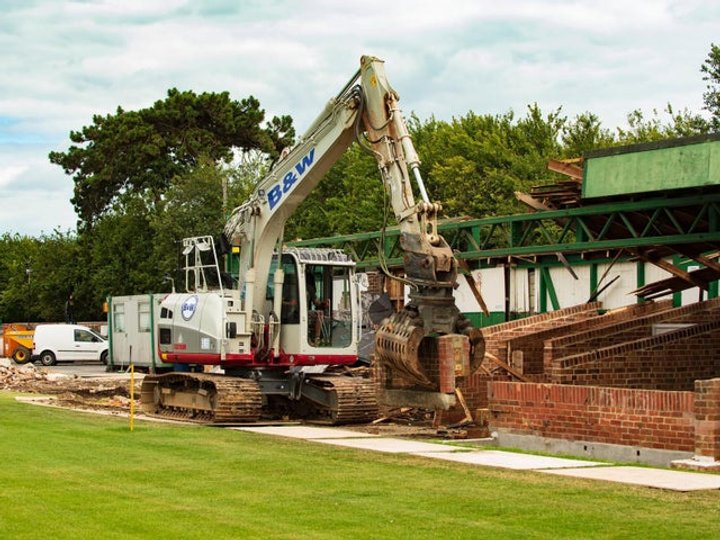 Sussex rivals compete to see how quickly they can knock things down!

Over recent months you will have read about the fundraising efforts of Worthing and Bognor Regis Town, and about their ground improvement plans. Well their crowdfunding was an enormous success- Worthing made forty seven thousand pounds, Bognor are up to forty three thousand pounds and would want us to point out that they started later than their rivals (!)- and now the knocking things down stage of the work has begun, leaving Woodside Road and Nyewood Lane surrounded by large piles of rubble!

The Rocks are building a new 367-seat grandstand, a new covered area behind the goal at the end housing Seasons Bar, as well as new floodlights, a new PA system and a new toilet block. The Mackerel Men are going for new floodlights and revamping the North East corner of the ground, with new new food provision, a new toilet block, a new bar, and modernised turnstiles. They are also building new changing rooms.

The work at both clubs should be completed before the 20-21 season commences, and we'd like to wish them luck- and given the amount of sweeping up required, hope that someone owns a large broom. We look forward to new and improved levels of comfort in the future! 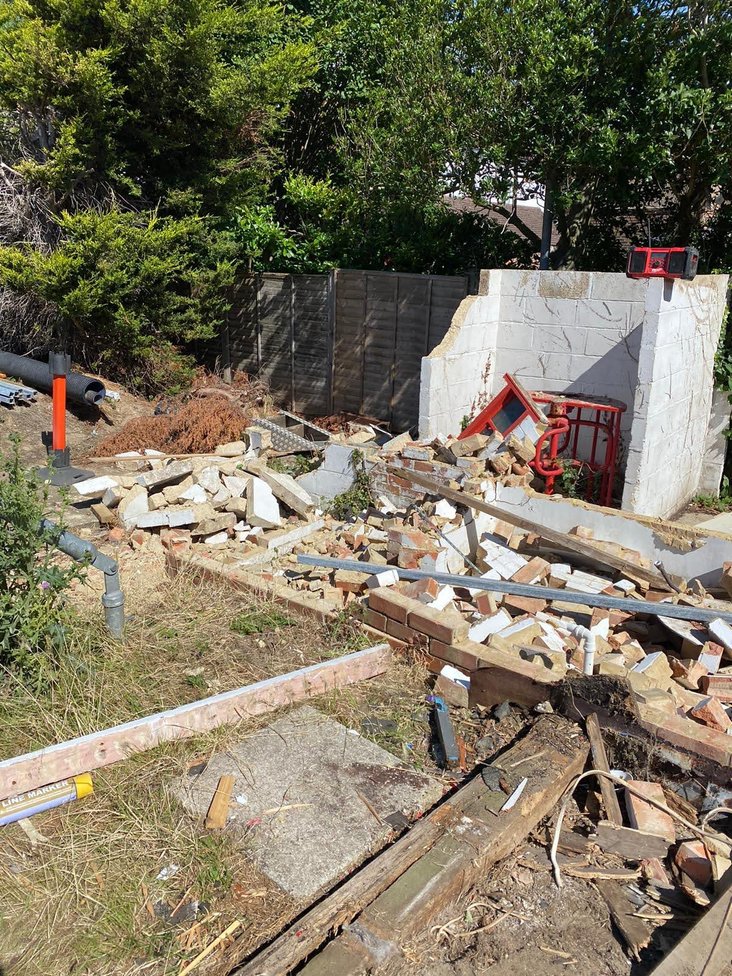 Images courtesy of Bognor Regis Town Twitter and Worthing Twitter. Why don't you head there and hit the follow button to keep up to date with progress?

When will football be back?  The truth is that we don't know yet!