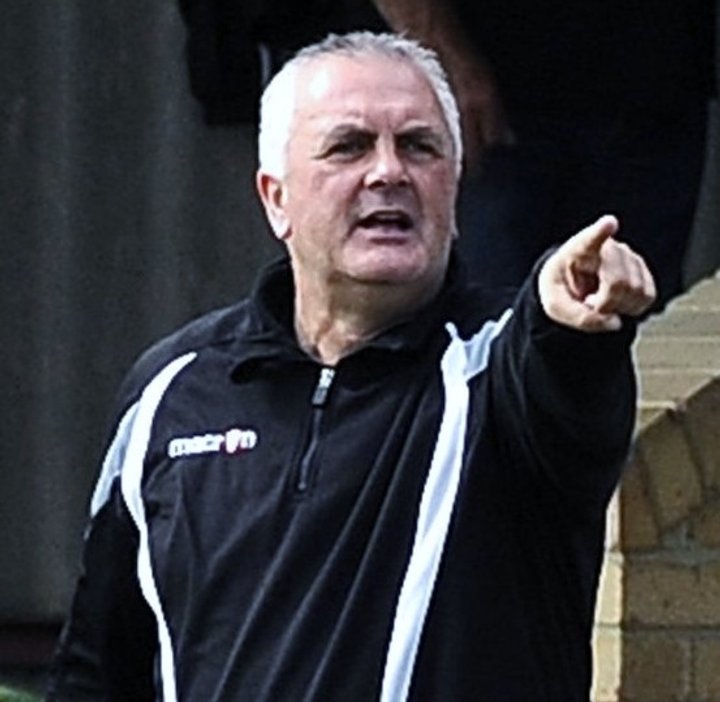 Harrow Borough's Dave Anderson has agreed to stay on at Earlsmead and help the Ryman Premier club recruit his successor after standing down.

Anderson, pictured, informed representatives of the second-from-bottom club's board on Monday night that he was "regretfully" relinquishing his role, citing the team’s poor run of results as the trigger for his departure.

In a statement released on Tuesday, club officials said the 52-year-old wanted to put on record his appreciation for the patience and support he'd received from the chairman, board, vice presidents and supporters through a difficult period.

Before thanking the former Glentoran and Bangor keeper for his efforts since taking the helm in 2011, Boro confirmed that he'd agreed to stay on to hold the fort and act as kingmaker.

The club said: "Once a new manager is in place Dave is expected to leave the club which he had also served on previous occasions as assistant manager.

"Harrow Borough would like to place on record their thanks to him for all his hard work over the three and half years that he has been managing the side and wish him all the best for the future."

Anderson, a regular pundit on BBC 5 Live's Non-League Show for nearly seven years, is probably best known as a manager for his time guiding the Dons in the phoenix club's early days from 2004 to 2007 when he led them to promotion to the Ryman's top flight as runaway champions.

In taking the title, Anderson's side also set a new record for the longest run of unbeaten league games at any level of senior football in the United Kingdom, 78 league matches between February 2003 and December 2004.

Applicants for the post should write to Harrow Borough chairman Peter Rogers at the club's postal address or via email at: peter@harrowboro.co.uk.