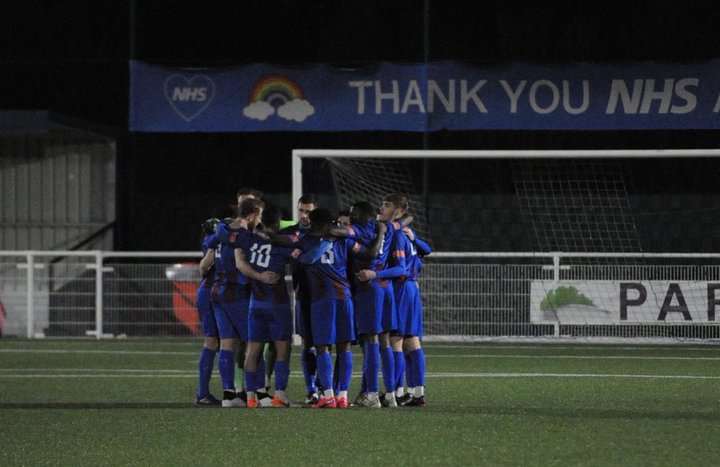 The Third Round of the FA Trophy turned out to be a step too far for Maldon & Tiptree last night- but given the difficulties they had just managing to play the match that was perhaps not too much of a surprise. Gloucester City, top of the National League North Division, arrived at Parkside Aveley (the match was moved at the last minute after Park Drive became waterlogged) to face a Jammers side who could only muster three substitutes, and duly delivered a seven-one defeat; only the second match the Jammers have lost all season (the other was against Morecambe in the FA Cup).

Speaking after the game, manager Wayne Brown was philosophical.

"It was always going to be tough. We had to manage the game better against opposition who are good at what they do. We probably created four chances to score in the second half and only put one away; I think they got into our box eight times in the second half and scored five. We've done unbelievably well in the competition to get as far as we have, and it's been a hell of a week."

He went on to be rather scathing of the decision to play the match. "It's farcical that the FA make you play a game of football two days before Christmas, with everyone on lockdown in our area. We had a covid case last week and we've had to get the lads tested to get the game on, and our pitch was under water at 1PM and so we had to get a second venue. I was five players down tonight. We did everything we could to get the game on because we didn't want to get chucked out of the competition, but we only had three men on the bench- but I'm not going to hide behind that, we weren't good enough on the night. We played a very good team and they deserve to go on to the next round."

 Do you know a Local Hero? We're looking for your local heroes for a series of articles featuring those who make our game a success