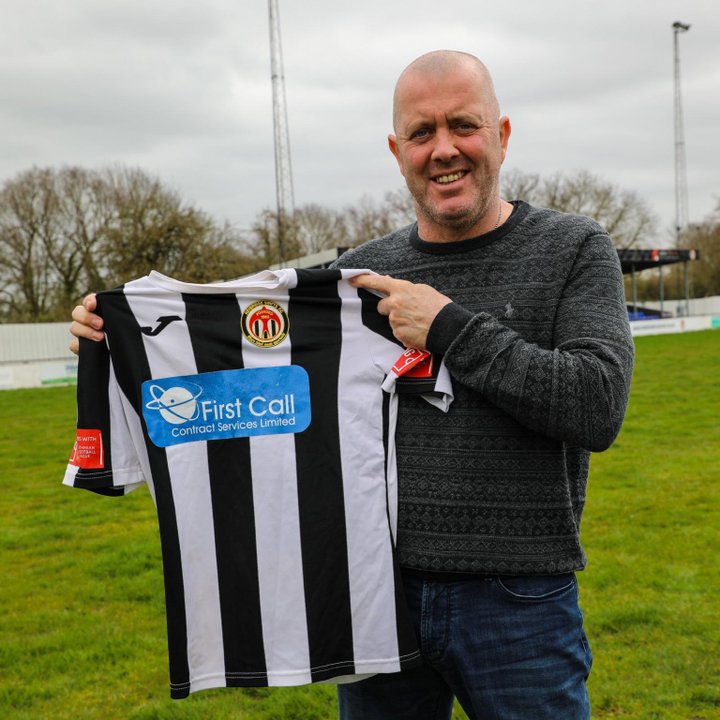 Heybridge Swifts have announced the departure of manager Julian Dicks, who only returned to the club in March.

Julian, pictured on the day he arrived, made the following statement:

"As of this morning I have resigned from my role as manager. It wasn’t an easy decision but, at this time it is the right one for me and my family.

I appreciate all the support I have received from Gary and Steve , the fans and the club as a whole. Now the pitch is ready I’m sure things will come together. I wish the club all the best going forward."

Swifts haven't had the best of starts to the new campaign, losing each of their five matches so far this season. The club have responded to their manager's departure by saying, "We are sorry to announce the departure of Julian Dicks from his role as Heybridge Swifts manager. We are in the process of appointing a replacement manager in a caretaker role and then making a permanent appointment as soon as is practical."

Make it Snappy- 14 September 2021  Lots of photographers do phenomenal work promoting our clubs, so we thought we'd promote them in return. Here are some shots and some links from yesterday's matches.